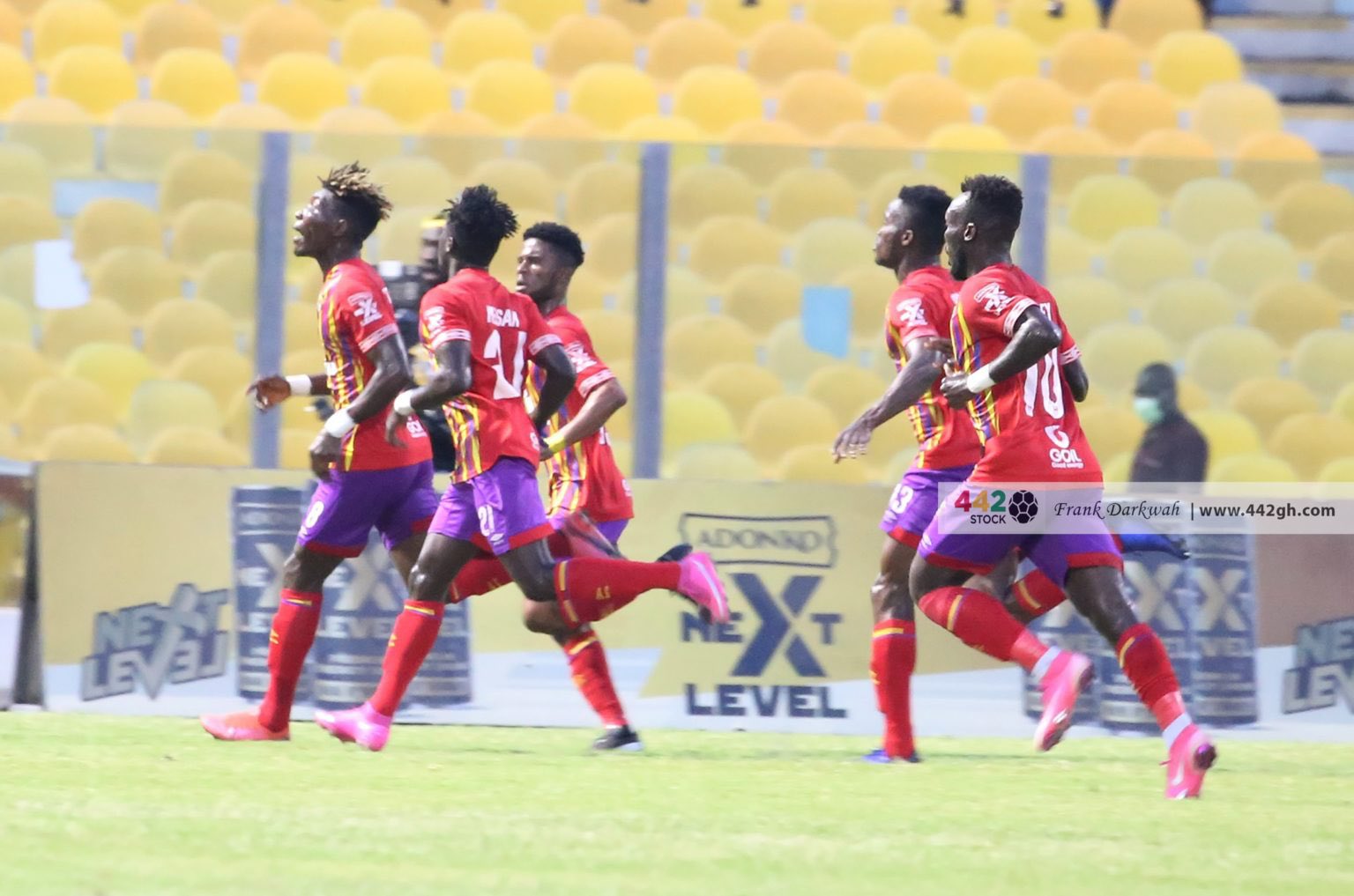 Coach Samuel Boadu has named his squad for their Mantse Derby game against Great Olympics.

The Phobians will be hosted by their city rivals in the matchday 28 games today at the Accra Sports Stadium.

Hearts of Oak are on a resurgence after recording five wins without conceding a goal and will be hoping to continue their impressive run against their rivals.

Second choice goalkeeper Richmond Ayi is absent from the club's squad as he joins the Black Meteors for a series of International Friendly games.

Obeng Junior is fit as he shook off a minor knock in the 3-0 FA Cup win over Liberty Professionals in midweek.

Hearts of Oak look poised to revenge Olympics’ 2-0 win in the first round of the 2020/21 Ghana Premier League season.

The much-anticipated game has been scheduled to kick off at 18:00GMT.

Below is the Hearts of Oak squad for Great Olympics clash