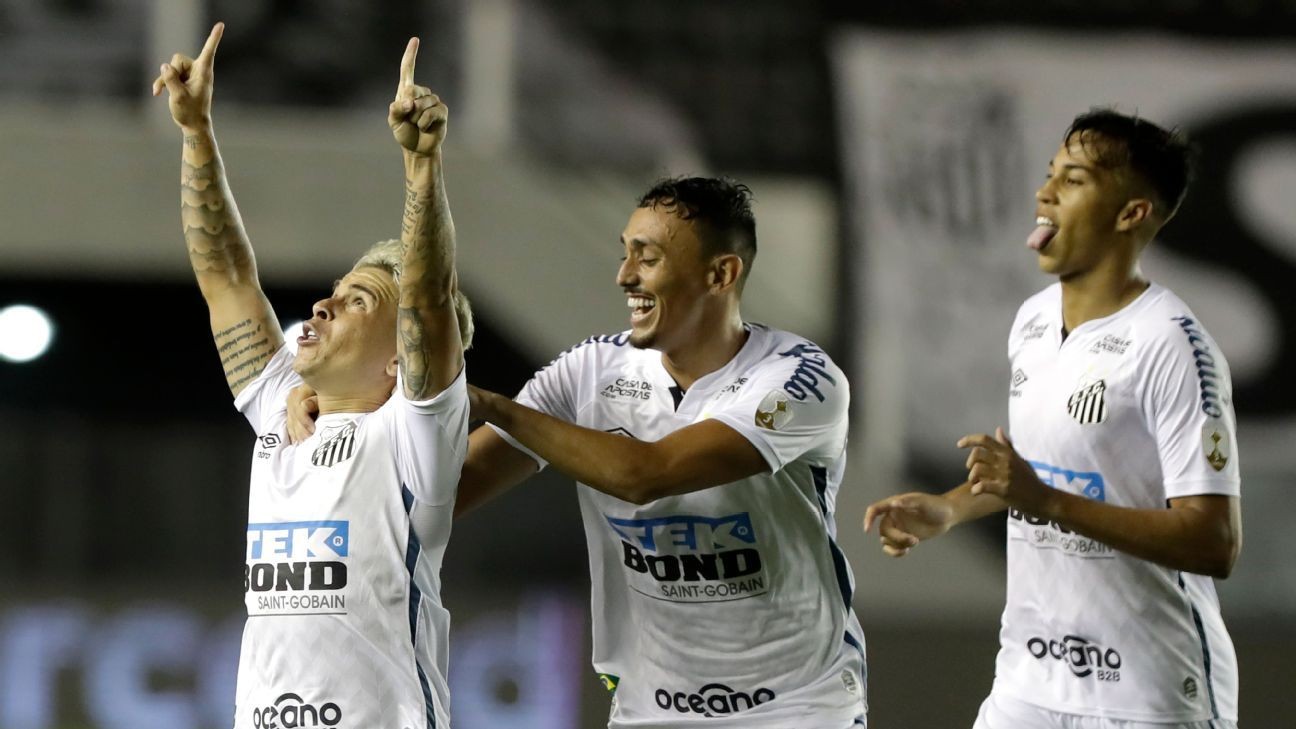 Santos set up an all-Brazilian final in this season's Copa Libertadores when they comprehensively defeated Boca Juniors 3-0 in the semi-final second leg on Wednesday.

Santos will face Palmeiras, who overcame River Plate on Tuesday in the other semifinal, in the decider of South America's equivalent of the Champions League on Jan. 30 at the Maracana stadium in Rio de Janeiro.

After drawing the first leg 0-0 in Buenos Aires last week, Santos were vastly superior to their sluggish opponents, hitting the post inside the first minute and then taking the lead after a quarter of an hour.

A cross hit a Boca arm in the box and when most players turned to await a decision from the referee, Diego Pituca pounced on the loose ball and fired it into the net.

Tiny winger Jefferson Soteldo doubled their lead four minutes into the second half when he cut in from the left and lashed a right-foot shot into the roof of the net.

Lucas Braga made it 3-0 three minutes later after superb set-up work from Marinho.

Boca's miserable evening was complete when Frank Fabra was sent off after 56 minutes for a blatant stamp.

The culmination of the 2020 tournament was delayed because of the coronavirus pandemic and will be the first without an Argentine team since 2016.

It pits a Santos side who last won the title in 2011 with Neymar in their ranks against their close neighbours Palmeiras, who have not won South America's premier club competition since 1999.