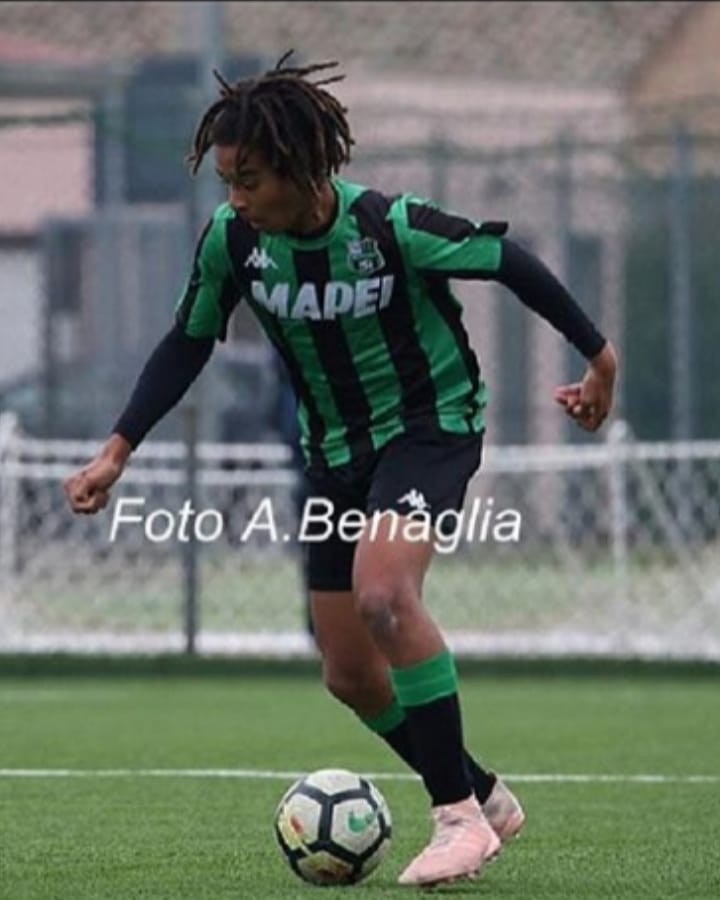 I6-year-old Italian Ghanaian whizkid, Justin Kumi has been a marvel for Sassuolo's U-16 youth team in Italy's juvenile league.

The attacking midfielder was recruited by Sassuolo youth team manager, Francesco Palmieri last year in August from Giorgione Calcio based in Castlefranoco.

His touches, pace and aggression in the final third has made him a handful for defenders to deal with. Justin scored twice against Juventus last weekend in the youth division.

He ghosted in behind his opponent who after attempting a clearance tried to pull the young man with dreadlocks from behind. But Justin managed to shove him and the skipped past the approaching goalkeeper to smash the ball into the post.

Justin is a lovely lad. His strength of Character and cheerful optimistic nature ,makes him the one teammates want to hang out with.

At 16, his leadership traits has made him the number one choice for spot kicks. Kumi scored his second goal after he confidently converted a penalty kick in the second half.