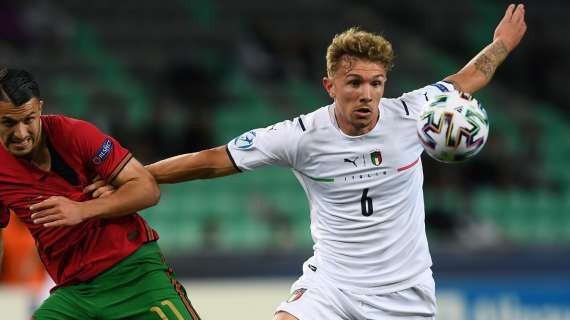 Playing for Hellas Verona since 2019/20 second half, Matteo Lovato managed to stand out from Scaligeri ranks right from the start. Now, his tenure with "Romeo & Juliet" side might soon be over, since many Serie A bigger acts want to benefit from his top-notch performing. To this end, the 21-year old Italian U21 international centre-back was inquired about by Juventus, Inter Milan, AC Milan, Atalanta, and AS Roma.

While all the aforementioned clubs don't look like they are going for the kill right away, Lovato, according to Florence-based source La Nazione, is growing into a major target for Fiorentina. Viola new boss Vincenzo Italiano is in fact adamant over fetching a brand new young backliner, one bearing both substance and potential, and is planning for the club to go for a 2-digit move at the 2000-born.

A Genoa alumni, Lovato is currently on a deal with Hellas Verona until June 2024. Recently taking part into Euro 2020 Under-21 league, he might end being purchased by some club around, and then left playing for his current parent one a season longer, on a loan spell.

Throghout his top-tier career, Lovato capped 25 times, and is yet to score his first goal. Besides, he capped four times for Italian U21 national team, getting a red card in latest game of theirs, against Portugal, at Euro league round-of-8.