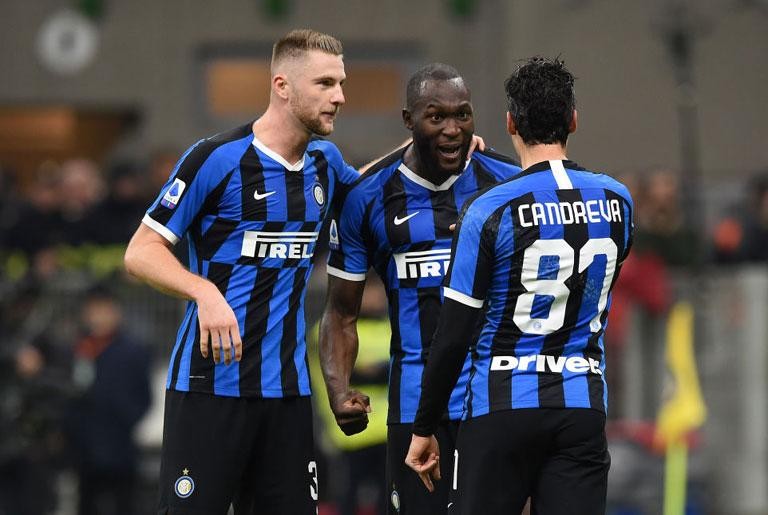 From his home, Milan Skriniar was on video to answer the Nerazzuri fans' many questions. It was a long chat in which the Nerazzurri defender reiterated two fundamental messages: “We must stay at home and we can all participate in the fundraising for the Sacco Hospital.”

“This is a tough time for everyone, but we must all fight together, #TogetherAsATeam. We all miss football, both the players and the fans miss it. However, when all of this is over, it will make it even nicer to go back to training and playing in front of our crowds. Difficult situations do this, they force you to be more united. Fighting this virus is the most important thing for now. Of course, we’re used to going to Appiano Gentile to train every day and now we’re locked in, it’s a new situation, but we must do it, everyone has to.”

The fans are curious about how the players spend their days: “We have some recommendations from the staff, so we follow them carefully to train and stay fit, but obviously it isn’t easy. When I’m not doing that, I’m with my girlfriend and our dogs, we watch TV and play darts. In the evening, I hear people singing from the balcony: it’s beautiful and very emotional.”

The Nerazzurri group is very united, both on and off the field as Skriniar explains: “We spend a lot of time together, even after training. I get along well with everyone, but if I had to choose one, I’d say Bastoni. Handanovic? He’s an incredible professional, a great captain and a top bloke.”

The fans also asked Skriniar to retrace his early career: “I used to play for a team in Slovakia, and every once in a while I would play with the first team. It was a cool feeling to train with the older guys, I was only 16 and had a lot to learn. My professional debut came when I was 17: it was in the Slovakian league and I played all 90 minutes, it finished 0-0. What position was I? Well, back then it was a bit different, I was a midfielder.”

“Why do I wear the no.37 shirt? In Slovakia I wore no.3, and I also liked 17 but when I arrived at Sampdoria they were both taken. So, I decided to mix the two and made 37, now it’s my number and I like it!” It only took that spell at Sampdoria before he catapulted into the Inter squad: “As soon as I heard rumours during the U21 European Championship I was flattered. Accepting Inter was an easy choice and I didn’t have to think twice about it. Everything here is great, from the training ground to everything else, but the most exciting thing is playing at San Siro in front of all our fans because it’s always full.”

A bit of history for Skriniar: “If I had to choose one Nerazzurri defender who I’ve always admired, I’d say Walter Samuel: he was strong and always made the difference. My favourite player? Without doubt Ronaldo, El Fenomeno, I adored him and he was my idol. Today there are some great attackers like Messi, Cristiano Ronaldo and Mbappé. In the #DerbyMilano it was great to face up against Ibrahimovic, who has great experience. Who are the defenders I like? I’d say Sergio Ramos, he’s been a great leader for many years, Van Dijk and Koulibaly.”

He also gave some advice for all Nerazzurri fans: “To reach your goals you have to work every day to improve. Hard work is the key, as well as making the sacrifices that this life entails, such as staying away from friends and family. But it’s all part of the game.”

Finally, he concluded with a heartfelt message to everyone: “Let’s stay and home and donate: just go to Inter’s Facebook page to make a donation.”