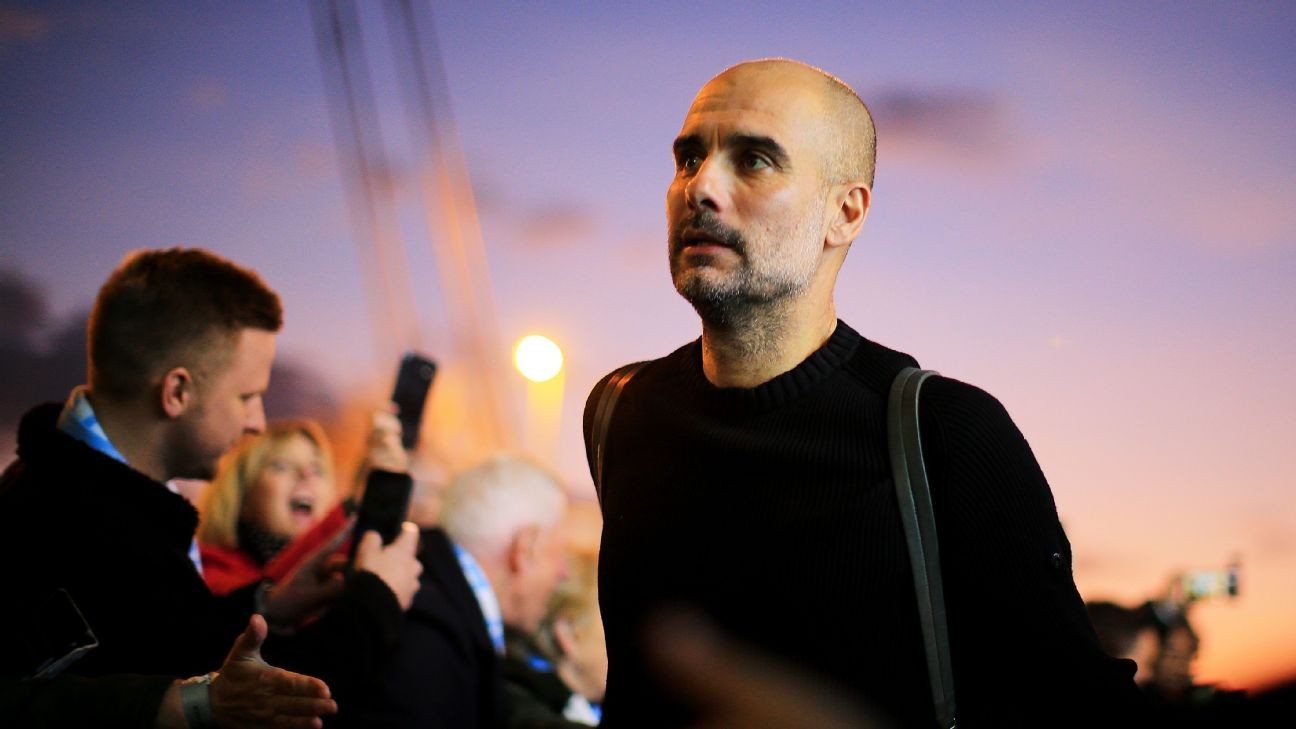 Manchester City manager Pep Guardiola is worried how the club's two-year Champions League ban will affect his players but he wants to remain at the club "as long as he is happy," a source has told ESPN.

UEFA announced on Friday that the reigning Premier League champions will be excluded from European competition for the 2020-21 and 2021-22 campaigns and have also been fined €30 million ($33 million) for "overstating its sponsorship revenue in its accounts" and failing "to cooperate in the investigation," according to findings by the UEFA Adjudicatory Chamber.

Sources close to Guardiola told ESPN that the Spaniard knew the club would be informed of the ban on Friday morning but that he remains calm as the club prepares its appeal.

Nonetheless, Guardiola understands why some players would want to leave should they face the prospect of not playing in European competition, according to the source.

UEFA stated that the club "committed serious breaches of the UEFA Club Licensing and Financial Fair Play Regulations by overstating its sponsorship revenue in its accounts and in the break-even information submitted to UEFA between 2012 and 2016."

Guardiola is said to be calm over his status since that timeframe was before his arrival to the club in 2016, the source said.

The club -- owned by the state-backed Abu Dhabi United Group -- is expected to meet to see what decisions, if any, the board will take on CEO Ferran Soriano and sporting director Txiki Begiristain. While his future is not linked to Soriano or Begiristain, Guardiola wants to be informed on every step taken.

Guardiola's and Begiristain's relationship extends from their time at Barcelona, where Guardiola coached from 2008-12.

City, who face Real Madrid in the last-16 of this season's competition, issued their own statement shortly afterward to declare their anger at how the case has been handled by Europe's governing body.

"Simply put, this is a case initiated by UEFA, prosecuted by UEFA and judged by UEFA. With this prejudicial process now over, the club will pursue an impartial judgment as quickly as possible and will therefore, in the first instance, commence proceedings with the Court of Arbitration for Sport at the earliest opportunity," the club said in a statement.