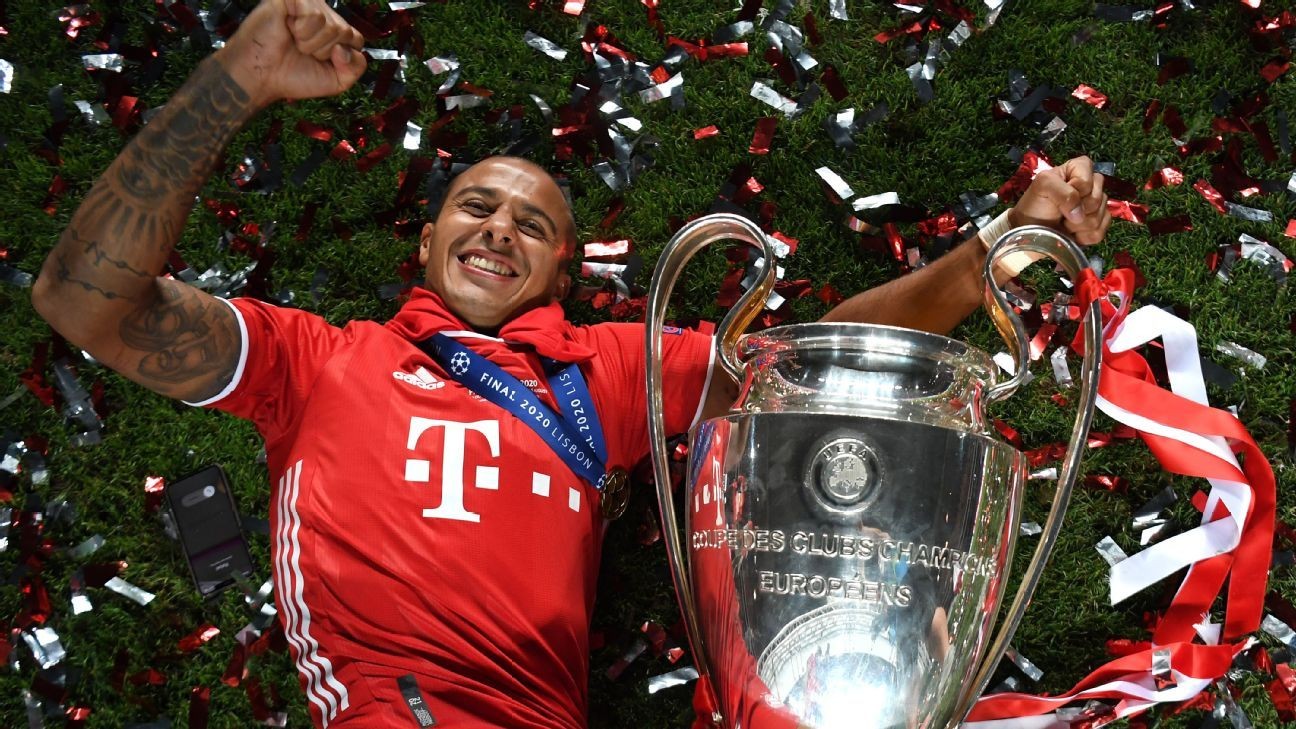 Manchester United have been invited to negotiate with Bayern Munich for Thiago Alcantara as the German giants look to create a bidding battle for the wantaway midfielder, sources have told ESPN.

Liverpool have been in contact with Bayern but have so far refused to meet the Bundesliga champions' €30 million valuation.

Thiago has informed the club he will not extend his contract, due to end in 2021, and is keen to move this summer.

Bayern are reluctant to let the 29-year-old leave for free in 12 months and are hopeful of creating more interest to ensure they receive the full asking price for a player who was key in this season's Champions League triumph.

Thiago has spent seven years at the Allianz Arena following his move from Barcelona in 2013, making 235 appearances and scoring 31 goals.

Sources have told ESPN that Liverpool lead the race for the Spain international although, privately, the Premier League champions have played down their interest.

Because of the financial restrictions caused by the coronavirus pandemic, it is likely a member of Jurgen Klopp's squad will have to leave to make room for Thiago.

Rooney: FA made 'a mess' of Maguire situation

Georginio Wijnaldum is wanted by fellow Dutchman Ronald Koeman at Barcelona but they have yet to submit an official bid.

United manager Ole Gunnar Solskjaer is an admirer of Thiago but signing another midfielder is not considered a priority after sealing a deal for Donny van de Beek.

The Dutchman, 23, has signed his contract and undergone a medical after United agreed a £40m with Ajax.

Sources have told ESPN that United will monitor Thiago's situation for the remainder of the window but Borussia Dortmund forward Jadon Sancho remains their primary target.