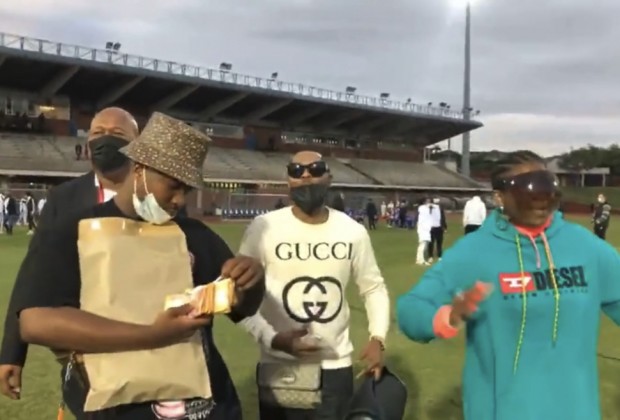 South Africa DStv Premiership newcomers, Royal AM shocked league watchers over the weekend when club officials shared money to players after a match.

The club despite their struggles at the start of the 2021/2022 football season have picked up and is now one of the most in-form clubs in the division.

In a game which was a derby, Royal AM excelled and managed to secure a delightful 2-1 win against the opponent.

To the amazement of players, club officials decided to share the winning bonuses to them right after the match on the pitch.

Officials came onto the pitch with a big envelope containing cash and dished out to every player one after the other.

The incident has since created a lot of controversy in South Africa as Royal AM enjoys its good spell in the South Africa DStv Premiership.