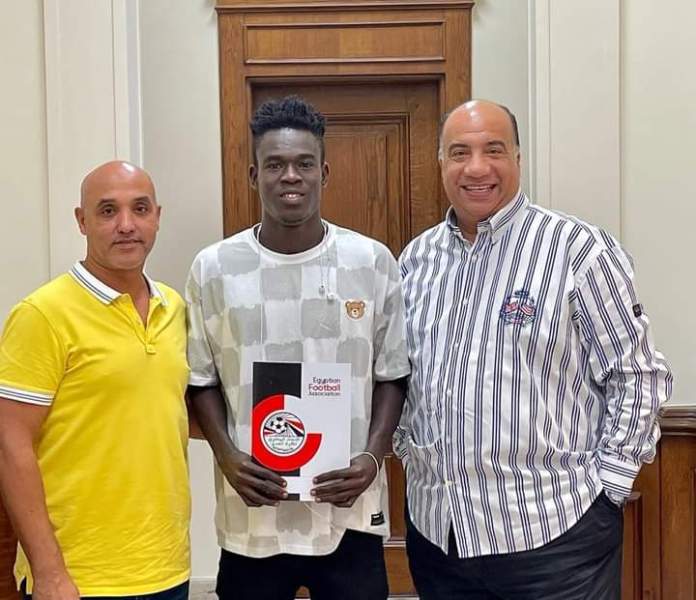 The enterprising forward sealed a three-year deal with Egyptian side.

The 20-year-old was hugely linked with a move to join Asante Kotoko ahead of the 2021/22 Ghana football season.

Boateng played a huge role in ensuring the club avoid relegation in the 2020/21 Ghana Premier League.

Boateng scored eight goals in 25 games with Sharks and won five Man of the Match awards including the game against Kotoko on the final day of the season at the Len Clay Sports Stadium.

With Kotoko losing forwards Augustine Okrah and Naby Keita, Boateng was one of the strikers that the club was seriously in talks with to join but he opted for greener pastures.

He has become the second player to join Ittihad after Bechem United captain Moro Salifu also secured a three-year deal with the club a fortnight ago.