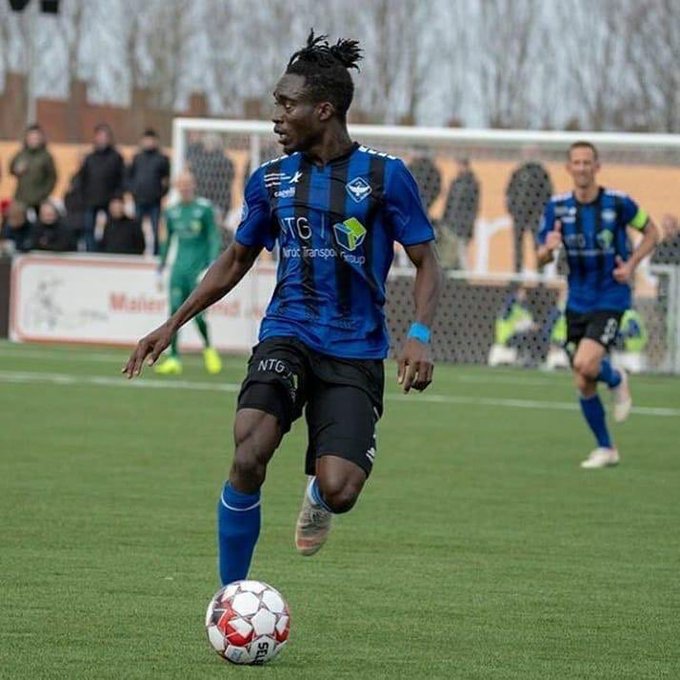 Ghanaian international Frederick Yamoah put up a five-star performance for his HB Koge side in their 9-0 demolishing of Toreby-Grænge Boldklub in the Danish DBU Pokalen.

The former Inter Allies winger impressed to propel his side to the resounding victory and got on the scoresheet just 2 minutes into the first half of the match played on Wednesday evening.

Following a good run of play, he added a second on the 22nd minute to deepen the woes of Toreby-Grænge Boldklub.

Yamoah, 21, showed hunger and completed his hat-trick on the 34th minute to complement a good day at the office.

This is the player’s first professional hat-trick for Koge and has helped the club to progress to the next stage of the Danish DBU Pokalen.

The Ghanaian ended up playing 90 minutes and added one assist to his name at the end of the day.