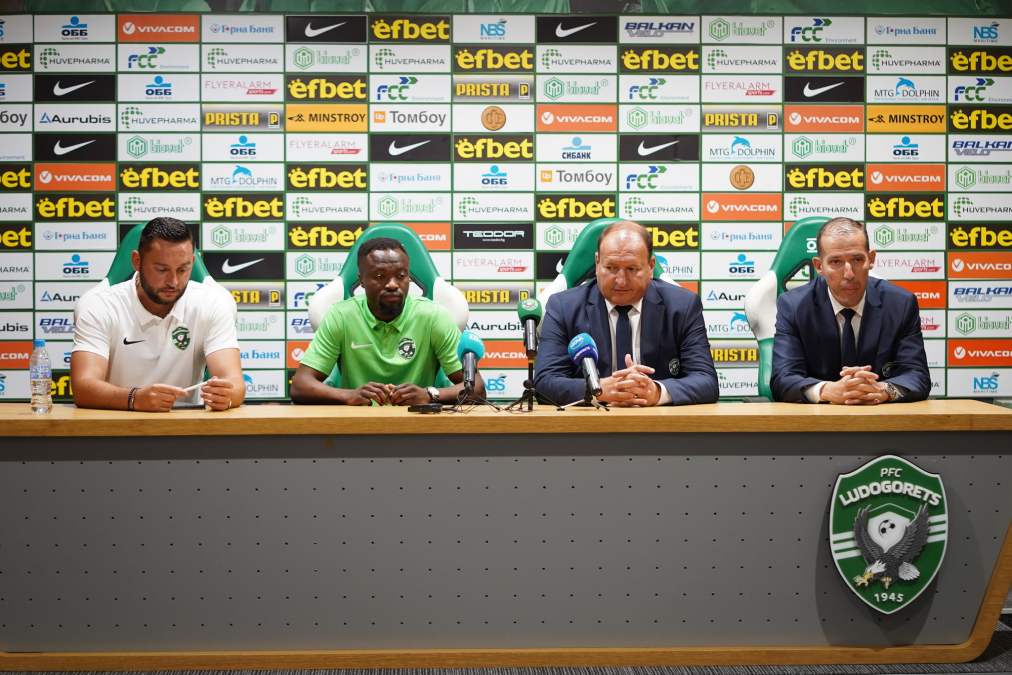 Ghanaian international Bernard Tekpetey has revealed that the prospect of playing Champions League football motivated him to join Ludogorets Razgrad.

The 22-year old forward has today been officially announced as a new signing of the Bulgarian giants as he joined from Schalke 04 on a 2-year loan deal.

Speaking at his first press conference at the club, Bernard Tekpetey has been full of nice words for his new team.

“I am thankful for the warm welcome. My first impression from the club is amazing. I won’t have any problems with adapting to the new environment. I know Cauly and I hope I reach my goals here”, he noted.

Touching on why he chose to sign for Ludogorets, Bernard Tekpetey cited the prospect of playing in the Uefa Champions League and the Europa League was a factor.

“Everything I’ve heard about Ludogorets so far made me choose this club. They play good football and they are always part of the Champions League and Europa League, too. This is important for every player who wants to develop his career”, the Ghanaian noted.

“It is different compared to the Bundesliga but my first impression is that training is on a high level here. The coach wants us to create more attacks. I was happy to see the players so motivated to play for the win. I am also glad to be part of a club with such ambition. I need to work hard and that is the most important thing. This way, I will reach my goals”, he added.