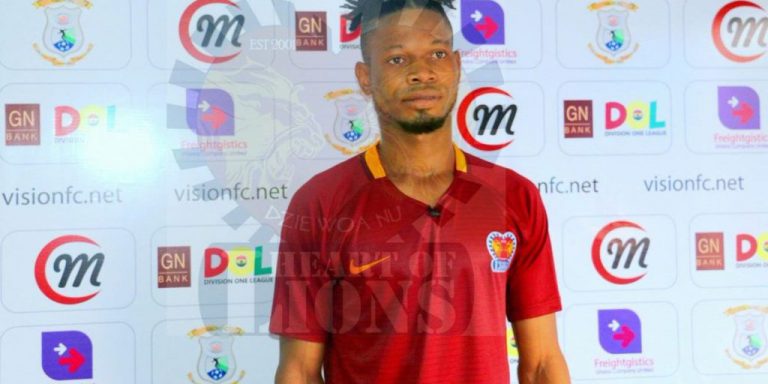 Accra Hearts of Oak August 7, 2020, announced that the club has decided not to extend the contracts of five players after failed negotiations. The players released were Joseph Esso, Benjamin Agyare, Christopher Bonney, Bernard Arthur, and Abubakar Traore.

Speaking on local radio station Live FM 107.5 MHz in Cape Coast Defender Benjamin Agyare reacted to his release by Accra Hearts of Oak and revealed his role model in football.

“I was disturbed when Hearts Oak communicated to me that they were not ready to extend my contract. I honestly would love to play for the club, just that somethings happen and I guess I would have to move on to another club” he said.

“We were called to the secretariat for a meeting with the management. From their introductory statements, I knew they were not ready to extend our contracts. They started by thanking us for what we have done for the club,”

“A lot of other clubs both locally and foreign clubs have expressed their willingness to have my signature, but the processes have stalled now because of the COVID-19 pandemic. I will now wait patiently before making my destination,” Agyare added.

“Hearts of Oak gave him 50 Cedis as transportation fare after parting ways with him,” he alleged.

“Thiago Silva is the player I’ve always looked up to. He is my role model. But I also appreciate Real Madrid defender Sergio Ramos, Liverpool’s Virgil Van Dijk, and Manchester City’s Vincent Kompany,” he said.