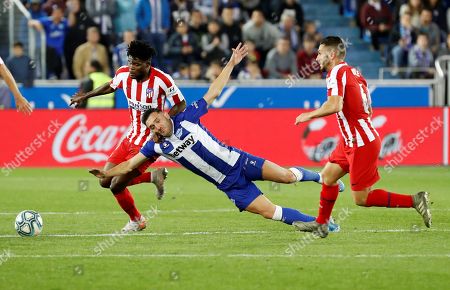 Ghana and Atlético Madrid midfielder Thomas Partey has backed his side to keep working hard after Deportivo Alavés setback in La Liga on Tuesday night.

Los Rojiblancos missed a chance to go top of the table as they drew 1-1 in the matchday 10 fixture away at Estadio de Mendizorroza.

“It was a tough match," Partey said of the game as reported by his club's official website.

"They’re strong at home. We took the lead, but they equalised through a fantastic goal.

"We have to keep working hard."

Partey was introduced in 46th-minute to replace Marcos Llorente and was a delight to watch.

Atlético are currently third on the league table with 20 points, two points adrift of leaders Barcelona who have played one game less.

Diego Simeone's side will lock horns with Sevilla in their next league fixture on Saturday.