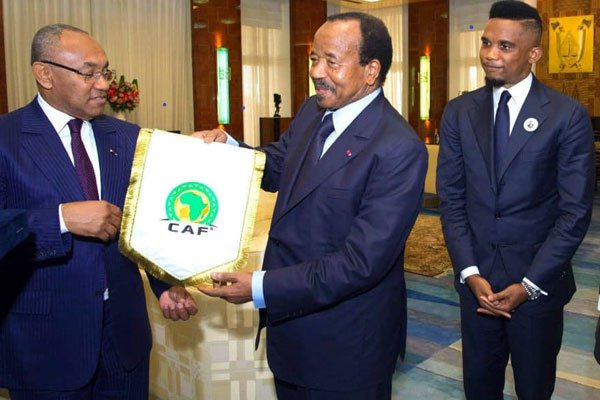 Confederation of Africa Football (CAF) has officially announced countries who have bid to host 2019 Africa Cup of Nations (AFCON). The head of football body in Africa on Saturday, 15 December announced having received an official bid from two former host, South Africa and Egypt.

South Africa in quest to host their third time of the competition has pushed forward to win the right.In a letter released by Caf confirmed the 1959, 1974, 1986 and 2006 host, Egypt has also tender in a request to stage the 24 country tournament.

After an executive member committee meeting held in Ghana on November 30, striping off Cameron the hosting right, issued yet another statement on 6 December finding a new host country for the Total AFCON 2019.

· Formal applications have been received from the Egyptian and South African football associations to host the AFCON 2019;

· A CAF Extraordinary Executive Committee Meeting will take place in Dakar, Senegal on 9th January 2019 to agree on the new AFCON 2019 Host Nation. An announcement will be made by CAF after that meeting.