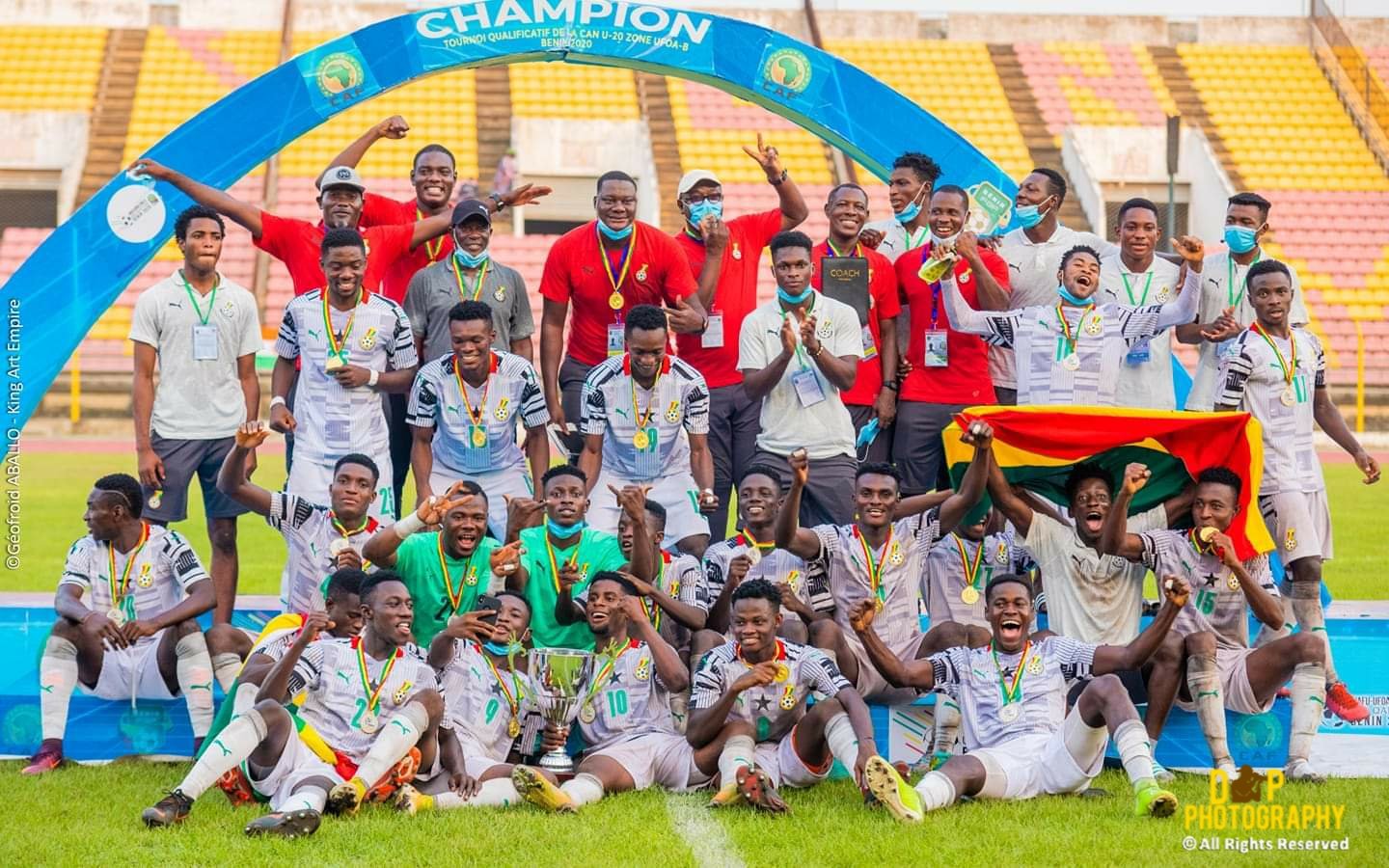 12 teams, one crown. On 14th February, the 16th edition of the U-20 Africa Cup of Nations (AFCON) began in Mauritania.

Ghana will be a part of the competition after winning the WAFU Zone B Championship in Benin.

As a result, the 2009 U-20 winners have been pitted against Tanzania, Gambia and Morocco in Group C with the hope of winning the trophy for the fourth time in their history.

The West African side will begin their campaign on 16th February against Tanzania and face their other two opponents later.

The qualification series to Mauritania was competitive across board and the story was not different for the Black Satellites.

After suffering an early exit in the 2018 edition, Ghana needed to make progress and they managed to get the job done.

The Black Satellites were drawn in group B with Nigeria and Ivory Coast at the WAFU Zone B U-20 Championship in Benin.

After Nigeria lost their opening game to Ivory Coast, Karim Zito’s men needed all three points against the Young Eagles to book a place in the semi-finals. They sealed a 1-0 win courtesy Percious Boah’s 77th minute free kick.

Ivory Coast eventually beat Ghana in the final group game but both teams went through to the next stage as the top two in the group.

In the last two decades, penalties have been a thorn in the flesh of Ghanaian national teams.

The lack of conviction in penalty shootouts has spread across different levels of the national team resulting fair share of disappointment when the game reaches that stage.

The Black Stars suffered heartbreak in the 2010 World Cup quarterfinals on penalties against Uruguay.

Five years later, they suffered a more painful fate at the AFCON final against Ivory Coast. The list goes on and on.

Going into the WAFU Zone B semis against Niger, fans dreaded the prospect of a penalty shootout.

Eventually, the game was forced to go to penalties following a 0-0 draw after extra time.

The Black Satellites, to the joy of fans, recorded a 5-3 win in the shootout and booked their place in the U-20 AFCON with the possibility of clinching the WAFU trophy in the final against Burkina Faso.

Spirited comeback in the final

Burkina Faso got on the front foot early in the game and broke the deadlock in the 15th minute. Kouame Botue held off a defender in a dangerous area and blasted it past goalkeeper Ibrahim Danlad.

The Stallions grew in confidence as the game went on and eventually dominated the middle of the pitch thanks to a brilliant combination from Botue and Yael Tiendrebeogo.

However, Zito’s men refused to give up. Boah, the team’s free kick specialist set up Daniel Afriyie and the Hearts of Oak forward made no mistake with the finish just before half-time.

In the second half, Ghana looked more promising and completed the comeback in the 78th minute. Boah scored a vintage free kick to ensure the title win for the side.

It is no surprise that Boah was included in the team of the tournament with Danlad and Kobina Amoah. Now, they have a fighting chance for the trophy that has eluded the country since 2009.