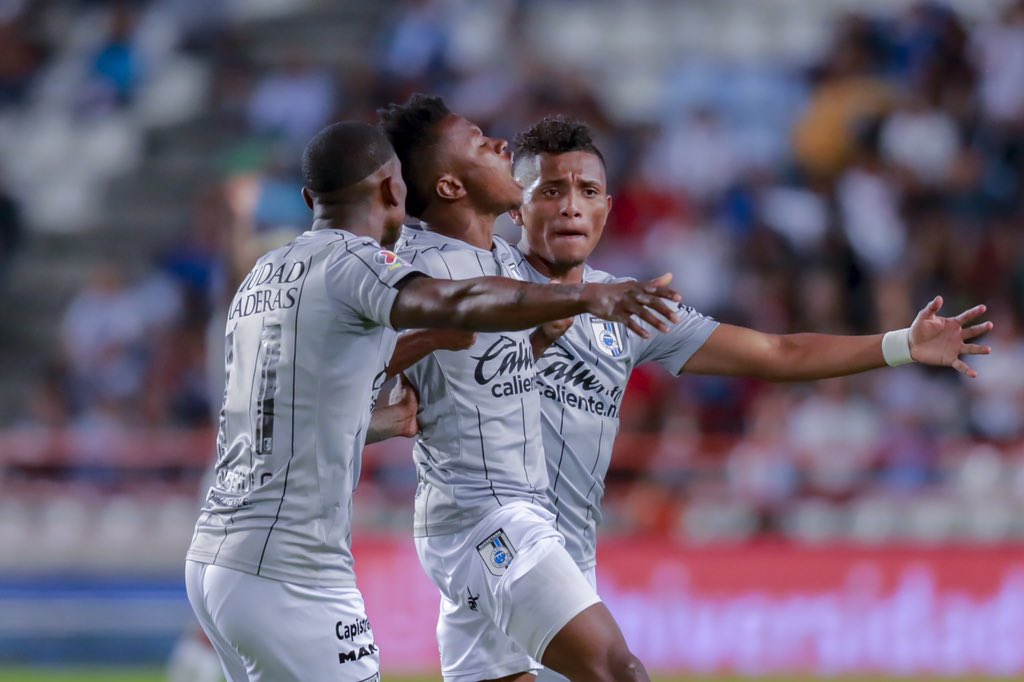 Former Ghana u-20 star Clifford Aboagye was on target over the weekend for his Gallos de Queretaro side to ensure they played a 2-2 draw against Pachuca in the Mexican Liga MX.

Aboagye and his team visited the Hidalgo Stadium with high hopes of recording a win to ensure they bounced back from their defeat to Atlético San Luis the previous week.

Things, however, did not go as planned as their matchday opponent, Pachuca took the lead after 34 minutes of play through a header from Franco Jara.

A ding dong affair from there on saw Gallos de Queretaro restoring parity before Pachuca got a second. While the home team looked like they were heading to a victory, Clifford Aboagye popped up on the 90th minute to score a vital goal to earn a point for his club.

Watch his goal in the video below: