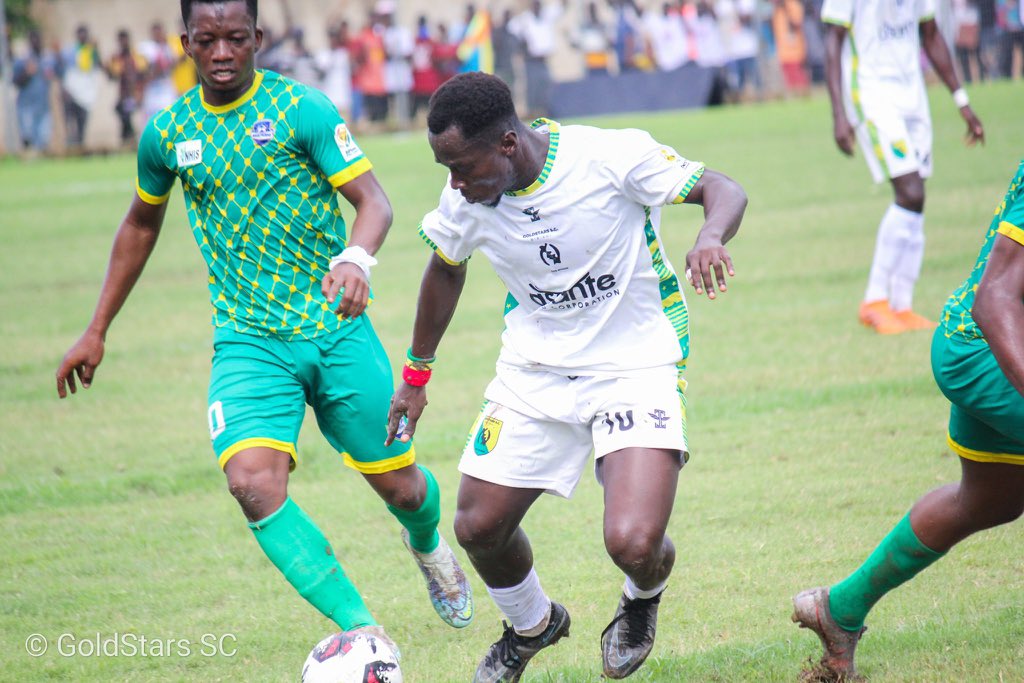 The newcomers were scheduled to play the first match of the debut top-flight league campaign last weekend but the game against Asante Kotoko was postponed.

At the Nana Konamansah Park, Nsotreman FC hosted Bibiani Gold Stars in a game serving as a matchday 2 encounter of the league campaign.

The home team managed to play some fine football and dominated the first half alright. Unfortunately, the team could not find the back of the net.

Thankfully, the efforts of Nsoatreman FC paid off after the break. Last season’s top scorer Samuel Ofori converted a penalty kick in the 71st minute to shoot the hosts into a lead.