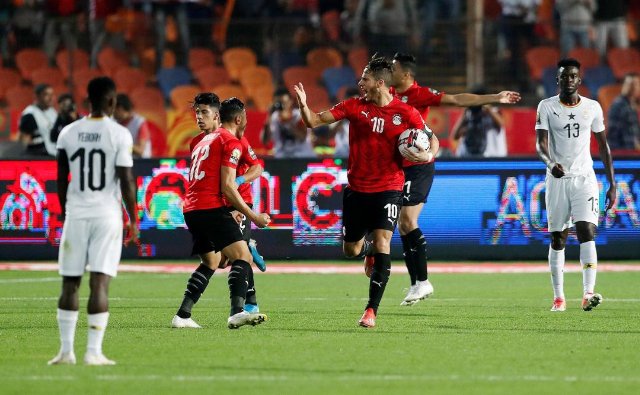 The Black Meteors of Ghana are on the brink of elimination from the CAF U-23 Africa Cup of Nations (AFCON) tournament after losing 3-2 to Egypt on Monday evening.

In a crucial game played at the Cairo International Stadium, the host nation put up an outstanding performance that saw them come from behind twice to ensure they grabbed all 3 points at the end of 90 minutes.

The Black Meteors resumed the second half in fine fashion and got on the score sheet on the 46th minute courtesy a strike from Samuel Obeng who capitalized on a defensive mistake.

Constant pressure from the Egyptians saw them pulling level on the 82nd minute through captain Ramadan Sobhi before Ahmed Rayan sealed the victory for the Pharaohs six minutes later.

The defeat means that Ghana is now 3rd on the Group A standings, with just a point and facing possible elimination.