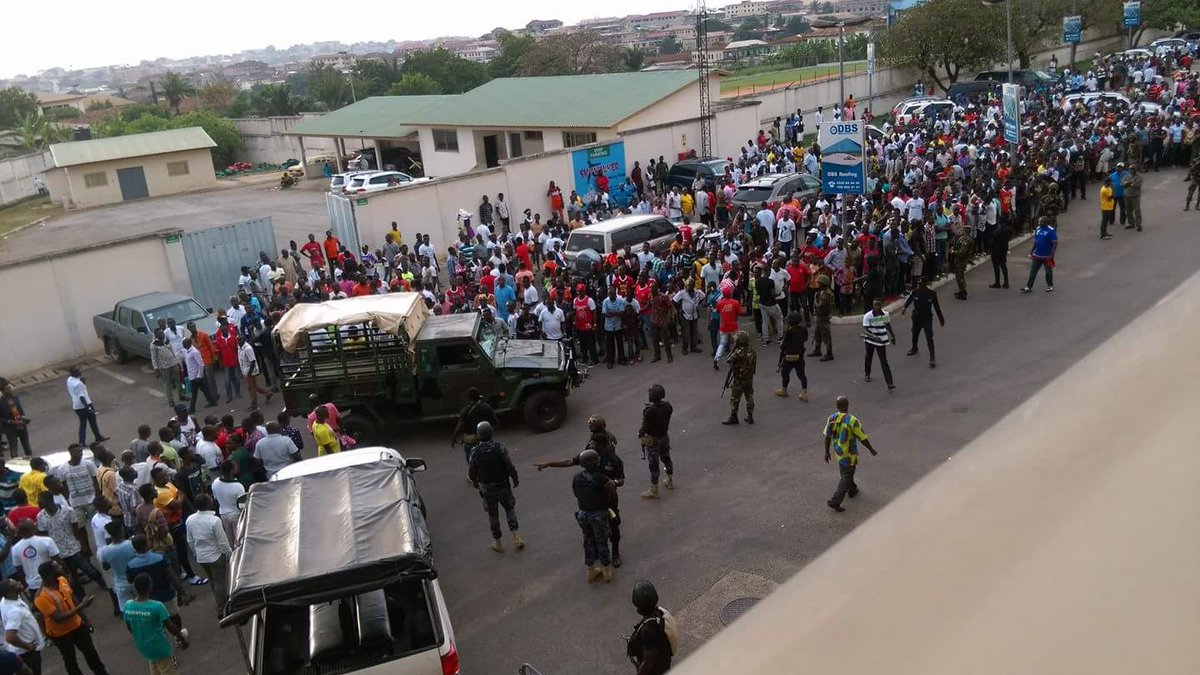 Police at the Baba Yara Stadium in Kumasi were called to duty after Kotoko's game with Dwarfs yesterday.

Some irate fans protested for the coach, Zdravko Lugarusic, to be sacked, others wanted the referee who disallowed two goals.

But the Police intervened to whisk the referee and his assistants away.