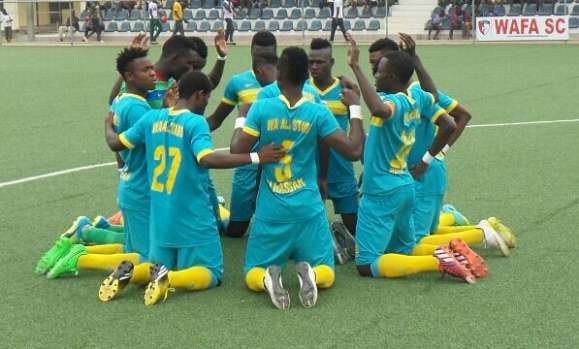 Wa All Stars deputy trainer, Mumuni Sakpari has lamented on his side's 4-1 home trashing to WAFA in the week 3 rescheduled fixture on Sunday.

The defending league champions suffered their heaviest defeat at home since the club’s inception when WAFA inflicted a 4-1 score line against them in week three outstanding game at the Malik Jabir Stadium on Sunday.

“I don’t have to talk much about it but I personally least expected this result. However, in the game of football anything can happen so I’ll say it’s unfortunate and unprecedented because we have never recorded such a heavy defeat since the inception of Wa All Stars,” he said.

“Not only Wa All Stars, when some of us were even playing for Upper-West Heroes in the 80’s and 90’s, it was only when we go for the middle league that such score line was recorded, but not when we came into the premiership after Upper-West Heroes was relegated and since that time up until now, in fact if you will beat Upper West Heroes and Wa All Stars now, not by this margin.”

“However, I see it to be coincidental, it has happened and there are matches ahead of us so we have to put it behind us and look at the rough edges, and make sure we sharpen it very well so that we can put ourselves back on track.”