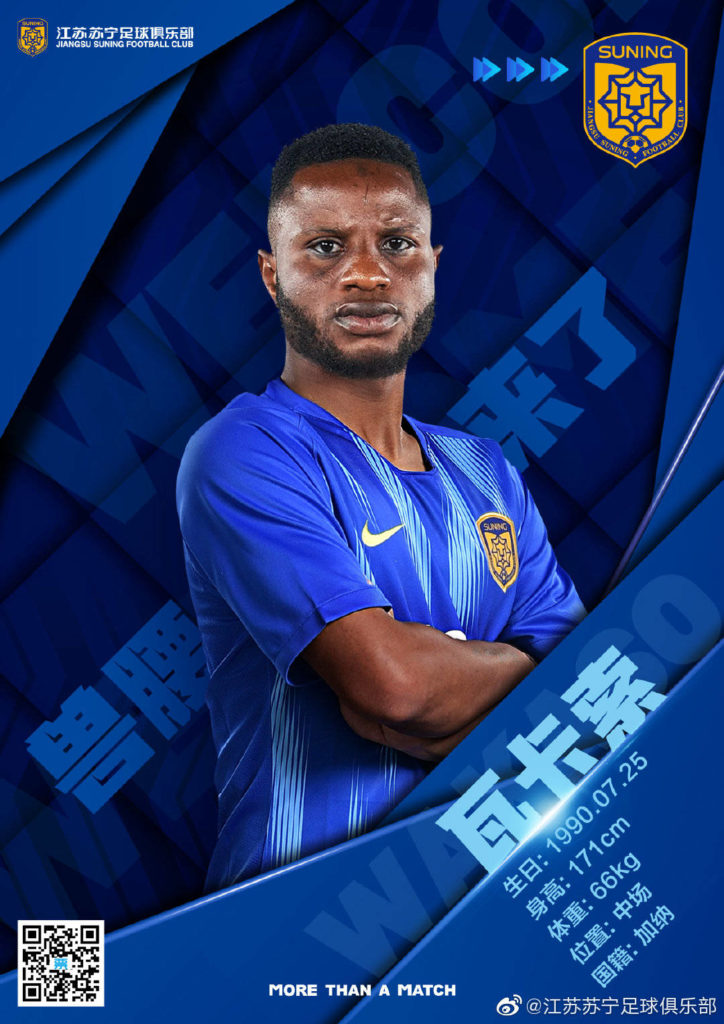 Ghanaian international Mubarak Wakaso is amongst several top players who have not been able to link up with their respective clubs in China due to the Coronavirus pandemic.

The Covid-19 started in the city of Wuhan in the Hubei province of the Asian country before subsequently spreading to other parts and later into other parts of the world.

For Wakaso, he secured a transfer from Spanish La Liga side Deportivo Alaves to Jiangsu Sunning during the winter transfer window.

At that time, the Chinese Super League club had travelled to Dubai for a training tour and hence the Ghanaian didn’t fly to China. He rather linked up with his new teammates in Dubai where they played a couple of friendly matches.

He later returned to Ghana to take of some matters before he goes to China. Due to the Coronavirus scare in the country, he stayed put and has not linked up with his team since then.

Putting a list of stranded players together, Wakaso has emerged as one of the top players who have been denied the opportunity of joining their clubs in China. Other players included Álex Teixeira, Cosmin Olaroiu (Jiangsu Suning), Uli Stielike (Tiajing TEDA), Oscar, Hulk and Ricardo Lopes (Shanghai SIPG), and coach Bruno Génésio (Beijing Guoan).

With Chinese authroities now in control of the spread of Covid-19, things should be back to normal in the country in no time to allow these players to join their clubs.