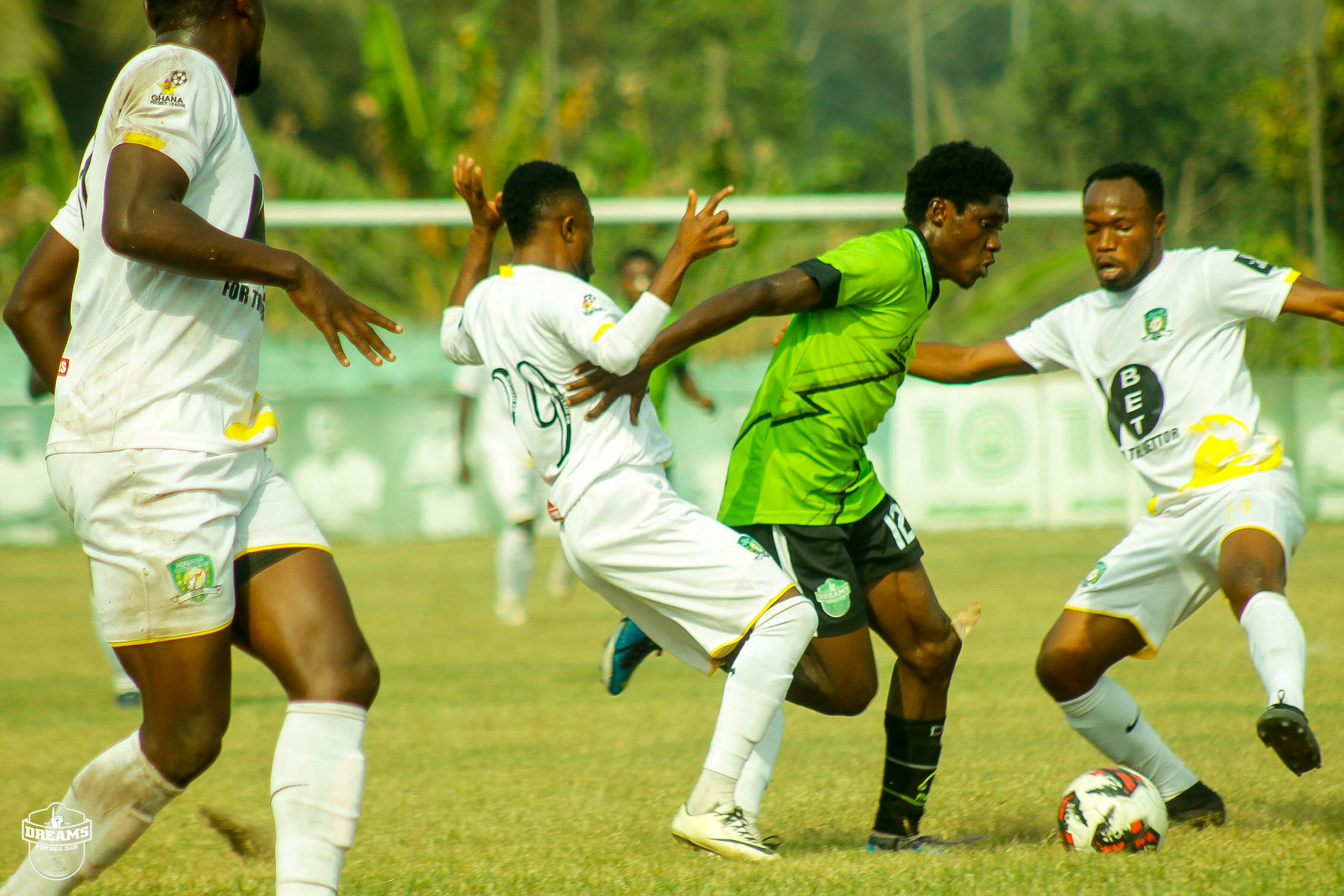 Dreams Football Club put up a fantastic display on Monday to thump Aduana Stars 3-1 in the Ghana Premier League.

The two clubs locked horns at the Theatre of Dreams in Dawu to wrap up the games played on matchday 14 of the ongoing 2021/22 Ghanaian top-flight league campaign.

Despite the strong start from Aduana Stars today, Dreams FC stayed strong and turned things around in the final 10 minutes of the game.

The efforts of the home team during that period paid off when striker Agyenim Boateng scored with a fantastic effort in the 44th minute.

With the lead late in the first half, Dreams FC resumed the second half to continue to dominate the game.

Courtesy of additional goals from Agyenim Boateng who finished the game with a brace and a strike from Samuel Boakye in the second half, the home team cruised to a massive win.

Although Bright Adjei will net a consolation for Aduana Stars in the dying minutes of the game, it was not enough as the side suffered a 3-1 defeat at full time.