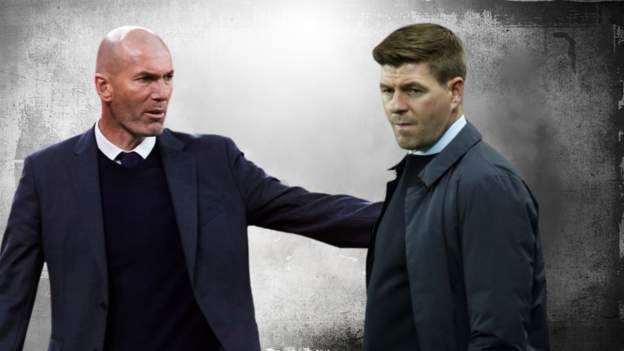 It's official. Newcastle United are hunting for a new manager.

In what has to be one of the most inevitable partings of the Premier League era, Steve Bruce lasted just 13 days after the Saudi Arabian-backed £305m takeover of the club.

With the club 19th in the table and without a win after seven games this season, fans had continued to call for Bruce's head.

Financier Amanda Staveley, who fronted the consortium, says the new owners are making a "long-term investment" to ensure Newcastle are "regularly competing for major trophies".

And former Magpies winger Chris Waddle has warned the next manager appointment will prove crucial in achieving these aims.

He told BBC Radio 5 Live: "I think Steve Bruce has done a good job - that may be unpopular, but I think he has.

"Manchester City made a real statement when this happened to them, and eventually got a high-profile manager in Pep Guardiola, who is the best.

"That's what Newcastle need to do if they're going to take this club to the next level. They've got to have somebody at the top who is running the team who is a top, top manager from Europe. It needs to be someone who makes you go: 'Wow, what a manager he is.'"

"It's public knowledge they wanted Rafa Benitez to take over, and if that is the profile then well done to them. They are looking for that type of manager.

"You look around for someone to create the foundations for a team who can win the league in five, six, seven years. You have to start now with elite decisions and an elite manager."

BBC Sport takes a look at some of the names being discussed by fans, pundits and bookmakers.

Had the takeover gone through in the summer, Benitez would probably already be back on Tyneside. A fans' favourite during his three years there from 2016, he would undoubtedly be a popular appointment.

But the former Liverpool, Inter, Chelsea and Real Madrid boss - with major successes domestically and in Europe under his belt - only started at Everton in the summer and it might be difficult to prise him away from Goodison, with Benitez seemingly ruling himself out of the role.

This appointment would be a big statement.

Perhaps helped by his status as an out-of-work manager, Conte has been among the names mentioned since the takeover and is clearly a man who knows how to win trophies.

The 52-year-old Italian has won five top-flight titles since 2011, including successes at Juventus, Chelsea and Inter Milan, whom he left in the summer.

The 63-year-old has plenty of experience, having managed the Swiss national team and most recently impressed as Borussia Dortmund boss from 2018-20.

He is also known for his attacking football and tactical nous, which will please Newcastle fans.

The former Roma boss was almost appointed Tottenham manager this summer, before the club broke off talks.

The 48-year-old, known for an attacking brand of football, replaced Claudio Ranieri at Roma after three years with Shakhtar Donetsk in Ukraine. The Portuguese has also coached Porto and Braga.

The former Liverpool midfielder features prominently in the bookmakers' list of favourites, but would the 41-year-old leave his job at Rangers now?

It is well known Gerrard wants to manage in the Premier League one day and the job he has done in Scotland, guiding the Ibrox outfit to their first league title in a decade, has impressed many.

Howe was being touted as a potential future England boss during his time at Bournemouth, where he took the Cherries from League One to the Premier League.

A strong contender, but would Bournemouth's relegation into the Championship two seasons ago count against him, and is the 43-year-old a big enough name for the ambitious Toon?

Another high-profile name, who didn't do his managerial reputation any harm during 18 months in charge at Chelsea.

The 43-year-old former England midfielder is yet to land a major trophy and may not be considered experienced enough for the role.

Could Mancini be tempted away from his job as manager of European champions Italy, little more than a year out from the World Cup?

The 56-year-old Italian was the manager who delivered Manchester City their first Premier League title, four years after the club were taken over by Sheikh Mansour.

The Belgium boss has a contract with the Red Devils until after the 2022 World Cup, but there have been reports he is keen to return to club management.

Despite being the number one team in the world, Belgium's so-called 'Golden Generation' have now failed to deliver at the 2018 World Cup and 2020 Euros under Martinez, and recently lost in the Nations Cup semi-finals.

The 47-year-old Spaniard hasn't managed in the Premier League since 2016, when he was sacked as Everton boss, and his only major trophy came when Wigan won the FA Cup in 2013.

Zidane is another high-profile manager out of work, though whether he is looking for another job at the moment is another matter.

Who else could be in the running... and who isn't?

A move for Brendan Rodgers would undoubtedly make an impact, but he seems happy at Leicester and quickly moved to rule himself out. Other managers have gone back on statements like this before but the former Celtic boss sounded convincing.

Jose Mourinho's successes at Porto, Chelsea, Real Madrid, Inter and Manchester United prove he knows how to win things, but his last major trophy came back in 2017. The Portuguese also seems settled in his new job at Roma - where he has started impressively - and his style of football may not be what the Newcastle fans are looking for.

Former Germany boss Joachim Low is out of work for the first time in 15 years, while former Newcastle striker Alan Shearer is another being talked about in some quarters, although this would seem unlikely.

If you are viewing this page on the BBC News app please click here to vote.