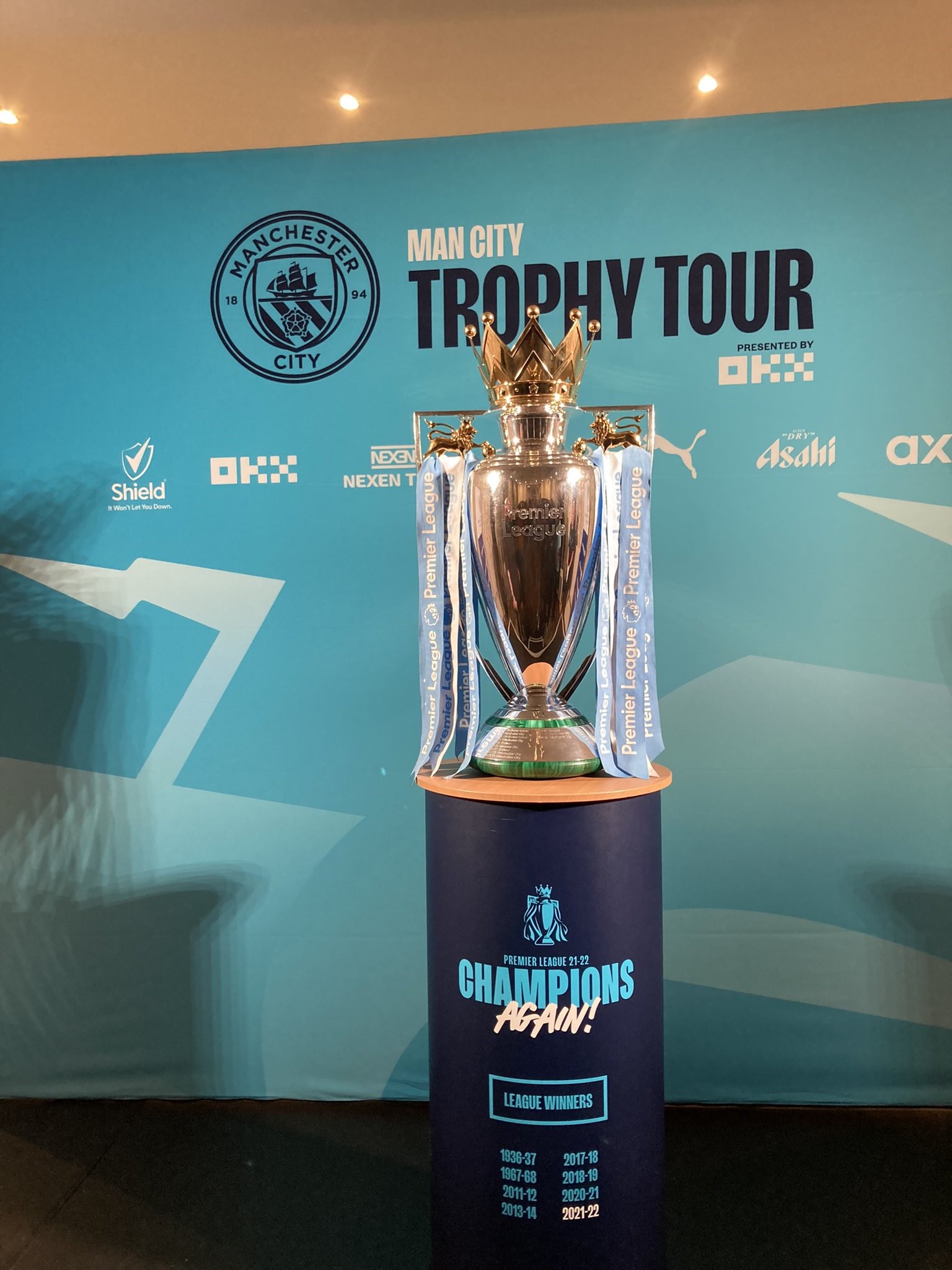 Football is a global language played and followed at almost every nook and cranny of the globe. It is the language that unites everyone regardless of race, tribe, religion, spirituality, culture or belief. Most countries are developing their footballing capabilities through the implementation of local leagues partly designed to give local talents the platform to showcase their skills to the world.

The English Premier League is widely regarded as the best football league in the world due to its competitiveness. There is always a sense of anticipation, excitement and enthusiasm when a new season rolls in, and the 2022/2023 season is no different despite being a few weeks in.

Apart from the fun, excitement and anticipation that the Premier League brings to club fans and neutrals, much more can be gained from actively engaging in English football. Sports betting is one such activity, and this can be pretty lucrative provided the right chords are struck.

To strike the right chords, you need to seek in-depth knowledge or professional help on the intricacies of sports betting. Thankfully, this is now available at your convenience with Betting Tips Africa, where you can get valuable information on Bookies, predictions and many more.

With a new season comes expectations from clubs and fans alike. It is not uncommon to see questions like "who will win the Premier League?", "Which club would exceed expectations this season?", "Which club is in the title race?" and many more pop up at various stages of the season.

This inspires the compilation of this list of clubs which are believed to be in the race to be crowned Premier League champions when the season ends next year. In-depth details, including their playing styles, will also be touched on.

After their crushing Sunday victory against noisy rivals Manchester United, the Cityzens are once again the Premier League's presumptive favourite. While the hat tricks scored by mesmerising English midfielder Phil Foden and razor-sharp new hitman Erling Braut Haaland will get all the attention; it was the way in which City played that will have sent shivers down their opponents' spines.

Spanish tactician Pep Guardiola's squad has yet to lose this season and, although now being in second place in the league behind Arsenal, is once again the team to beat. With twenty points accumulated, a staggering twenty-nine goals scored, and a twenty-goal difference, Arsenal is no doubt feeling the breath of City down their necks.

Pep Guardiola has made significant tweaks to his possession-based Juego De Posición positional play tactic. Last season, the Spanish manager mostly played without a striker as his team depended on a fluid attacking setup with relentless chance creation to score goals. 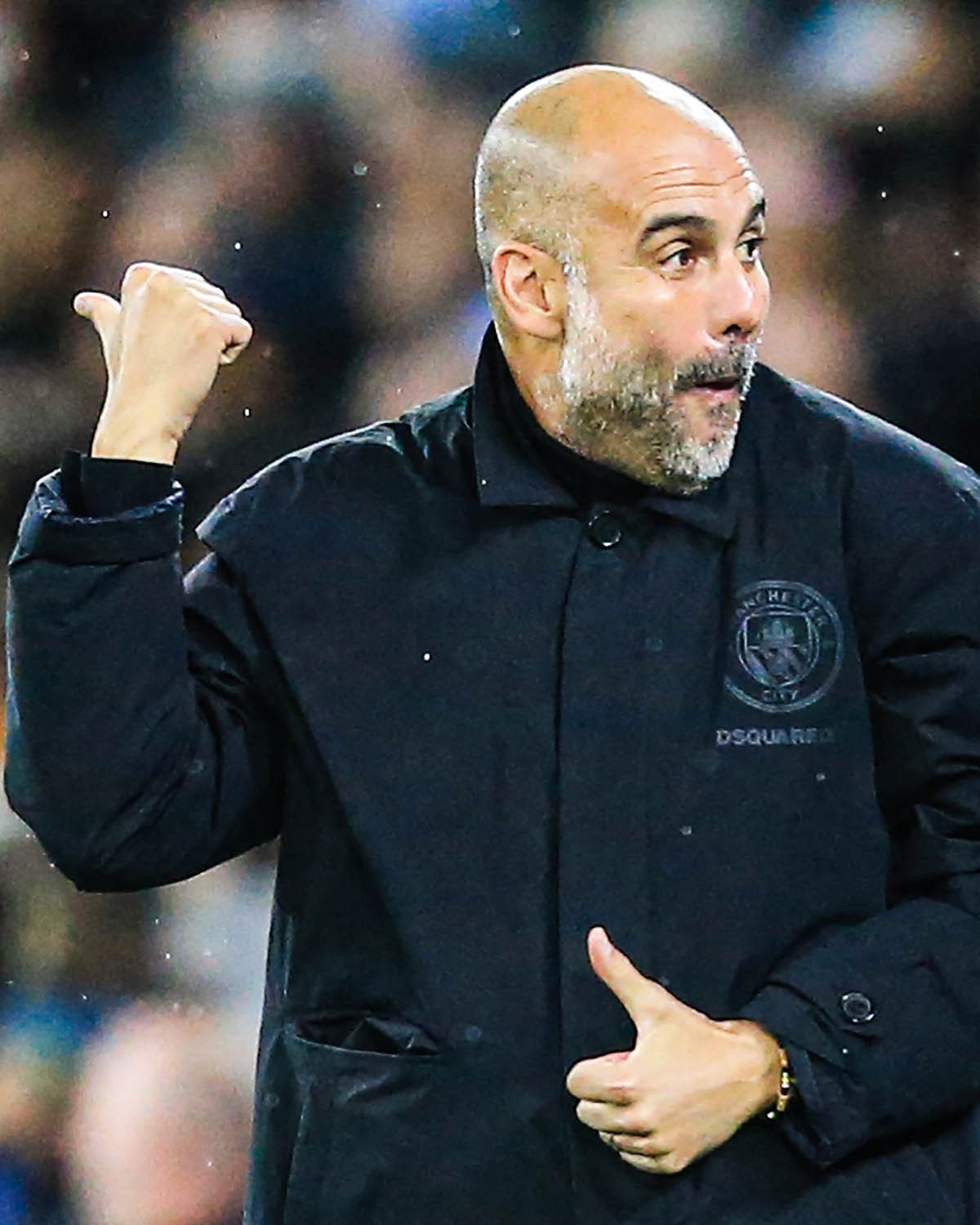 The addition of Norwegian marksman Erling Braut Haaland has brought a new dimension to the attack and definitely aids a team which won the league last season on their hunt for another successive triumph.

You can bet on Manchester City winning the Premier League on various sports betting sites like Premier Bet and many more. To get in-depth information on this Bookie and its offers, you can visit Premier Bet. You can also get betting tips and predictions, which will boost your chances of winning.

Arsenal has gone through one of the most arduous rebuilding processes after the departure of legendary French manager Arsene Wenger who served for 22 years. The Gunners tried and failed with Spanish tactician Unai Emery who was later relieved of the position, having lost the unity of the dressing room.

The Gunners had a great weekend, beating Tottenham 3-1 in a hotly contested North London Derby at the Emirates Stadium. Mikel Arteta's squad has won seven of their first eight league games, giving them hope that they can fight for the title.

Arteta has successfully instilled a possession-based Juego De Posición positional play tactic which is highly identical to that of his mentor; the inevitable Pep Guardiola. Arsenal is currently top of the table with a highly respectable twenty-one points, twenty goals scored and twelve goal difference.

The Gunners are riding high, especially with the addition of two top-class players from Manchester in Gabriel Jesus and Oleksandr Zinchenko. Jesus has added a different ballgame to the attack with his ability to drop deep and rotate to the flanks to either assist in the second phase build-up or to stretch opponents. 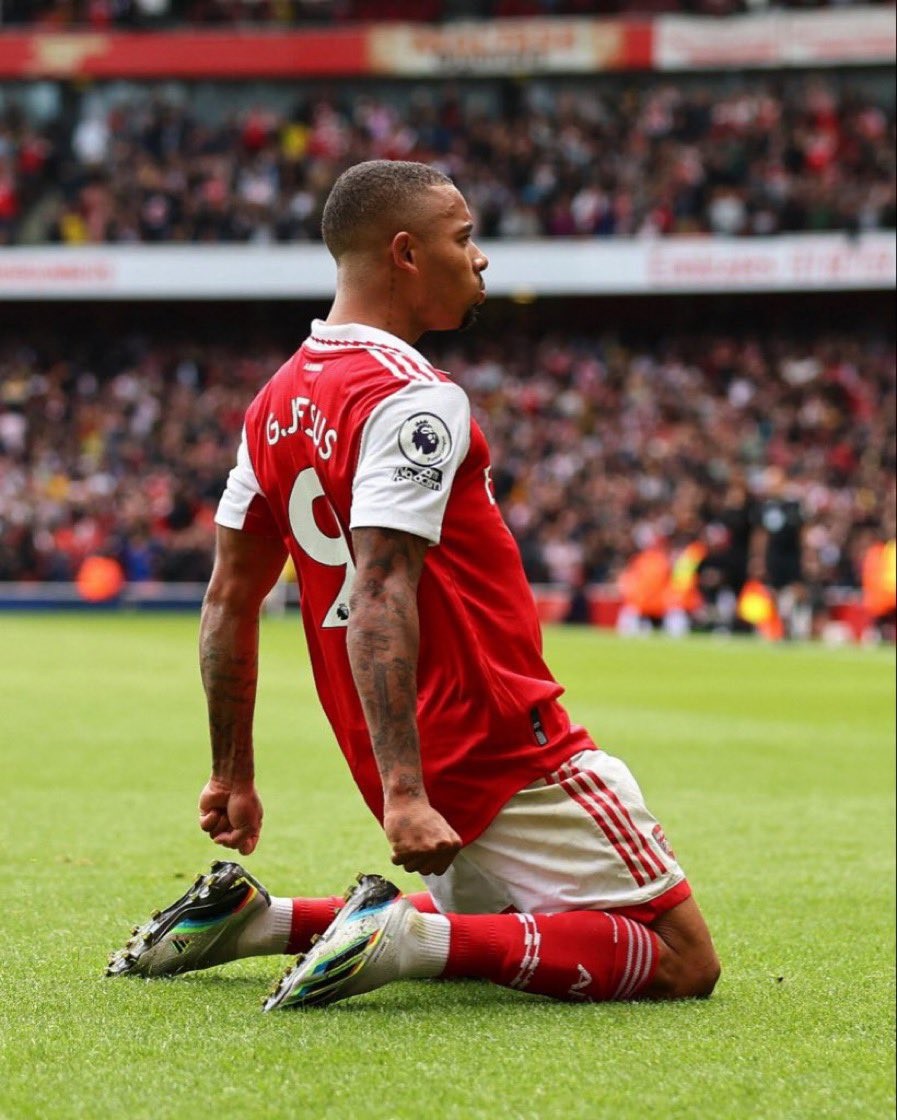 He can also spring forward to provide an option in the final third, something the likes of Pierre Emerick Aubameyang and Alexandre Lacazette struggled with in the latter part of their Arsenal journey. Zinchenko, on the other hand, smoothly ensures Arsenal build-up play from the back effectively, and this has helped the Gunners sustain pressure whilst pinning opposition teams back in their half.

You can bet on Arsenal winning the Premier League on various sports betting sites like Premier Bet and many more. Betting Tips Africa is where you can find all the details you need about this Bookie. The odds of winning your bet can also be improved with the help of expert predictions and betting tips from the website.

Liverpool manager Jürgen Klopp has been the greatest threat to the dynasty Pep Guardiola has created in the Premier League. The German built a juggernaut gegenpressing team that instilled fear into the majority of teams; however, things have not started in the best of ways for the Anfield giants, with their latest slip being the dropping of more points in a 3-3 home draw with Brighton.

The Reds currently sit 9th in the Premier League standings with just ten points from a possible twenty-four. By their standards, this has been a terrible start, and Klopp would be looking to arrest this slump quickly.

Jürgen Klopp has always relied on his heavy metal football. Still, much has changed since Sadio Mane left for Bayern Munich, with new signing Darwin Nunez not yet acclimatising to the Premier League. Injuries have also played a massive part in Liverpool's slow start, but the Anfield giants need to find a way in order not to be left behind.

You can bet on Liverpool winning the Premier League on various sports betting sites like Premier Bet and many more. To get in-depth information on this Bookie and its offers, you can visit Betting Tips Africa. You can also get betting tips and predictions, which will boost your chances of winning.

The Blues have undergone a host of changes recently. From the Roman Abramovich - Todd Boehly ownership change to the replacement of UEFA Champions League winning manager Thomas Tuchel to Graham Potter, the Stamford Bridge club still has much to balance.

A mixed start to the season was given a boost by a 2-1 away win at Selhurst Park against Crystal Palace. Graham Potter is just starting to mould the team in his preferred way, and it may be a bit of a stretch to expect them to win the Premier League.

However, with an array of quality players like Kai Havertz, Pierre Emerick Aubameyang, N'golo Kante, Mateo Kovacic, Raheem Sterling and so on, nothing can be ruled out of the equation. In fact, the Blues have an outstanding record of achieving the best when they are in a position of weakness. 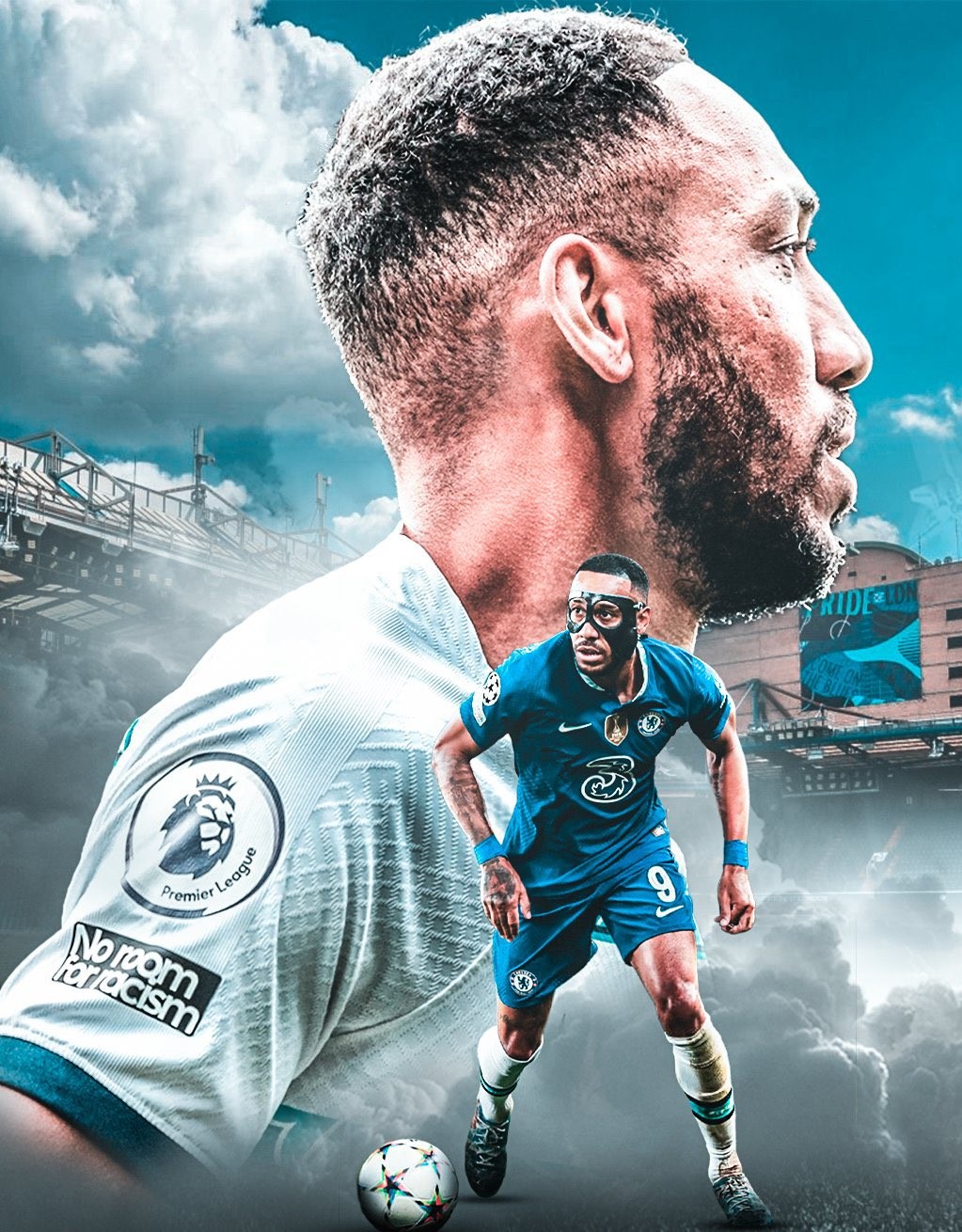 Antonio Conte is no stranger to the hustle and bustle of the Premier League. However, his Spurs side does not look like they could mount a sustainable title challenge due to the quality of other clubs in contention. The North Londoners rely on automatisms created by Conte to score goals; however, if they do not work, Spurs look out of ideas.

After Derby Day loss to Arsenal, Conte will no doubt be looking to all sources of inspiration for his side. Many sports betting sites, including Premier Bet, offer wagers on Tottenham as the Premier League champions.

To help you make an informed decision on which team to stake on to win the Premier League next year, we've put together this article to enlighten you on how these teams are faring and how their playing style affects their ability to sustain a title challenge. The most interesting is your chance to make more money in sports betting by learning about everything on various sports betting sites.

Also, do your homework before putting down any cash on a match. You'll need reliable betting tips in order to achieve this goal, and happily, Betting Tips Africa is always ready to supply you with the best ones around. We hope our article and betting tips inspire your next big win on any sports betting site.