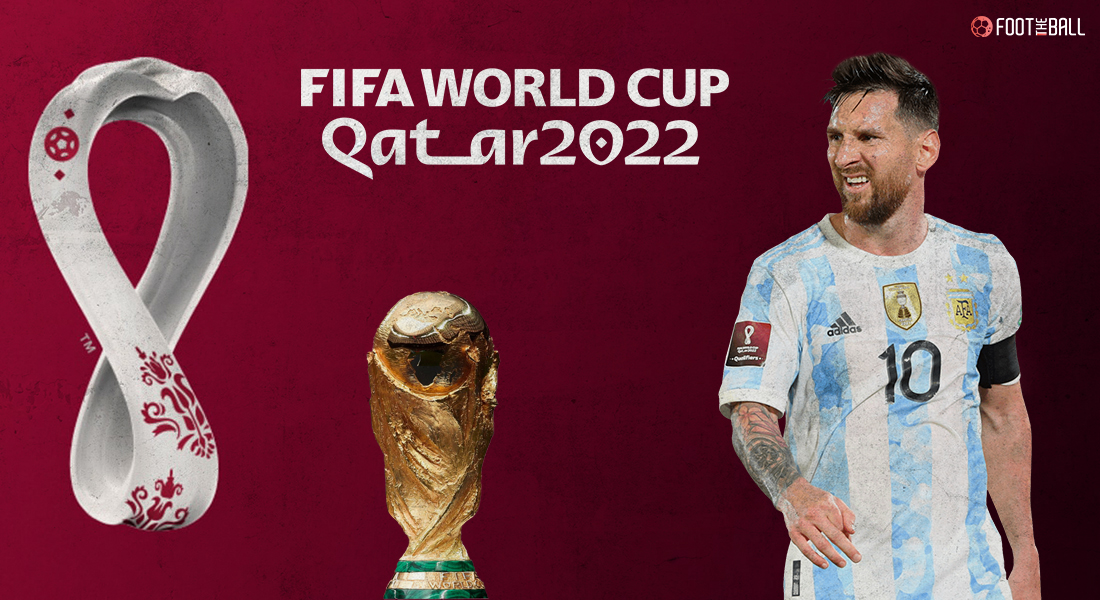 Throughout Messi's long and illustrious career, a career in which he has broken countless records and won nearly everything that you can win in football, a question has persisted. Why can't he replicate his club role and form for Argentina? Understandably, bookies like Bettors NG have good odds on Argentina to do well at this year’s World Cup, given their historic success in the tournaments coupled with a strong squad of seasoned players, but Messi's international career has long been a topic of debate amongst football fans and pundits alike. A player that people, unfairly perhaps, expected to win at least one World Cup.

Yet here he is, 35 years old, playing at what is likely to be his final major international competition. When asked recently if he had to choose between his seven Ballon d'Or's or a single World Cup, he picked the World Cup. Highlighting just how much it means to the Atomic Flea.

Ghosts of World Cups Past

After winning the 2005 U-20 World Cup, Messi was named in the squad for the 2006 World Cup in Germany. He played a part in the final two group games after sitting out Argentina's first game. Messi became his country's youngest-ever World Cup player when he came off the bench against Serbia & Montenegro.

He didn't need long to assist Hernan Crespo for Argentina's fourth of the game, and later he managed to get on the end of a Carlos Tevez pass to make it 6-0 in a wonderful team performance. Messi had announced himself on the world stage.

Messi's brilliant 25-minute substitute appearance was rewarded with a start in the final group game against Holland, the game ended in a 0-0 draw. In the last 16, he very nearly proved to be his team's super sub, scoring shortly after coming off the bench against Mexico late on with the score level at 1-1. The strike was ruled out for offside, although Maxi Rodriguez's goal in extra time would be enough to see them through to the quarter final.

Messi had to watch on during the quarter finals after being snubbed for a more experienced player as Argentina were dumped out on penalties by the hosts in the quarterfinals. Something that was to become all too familiar for Leo.

By the time 2010 came around, Messi was a global superstar and the centrepiece for both his club and the national side at the tender age of 23. Argentinian legend and predecessor to Messi's No10 role, Diego Maradona was the manager. The country was eager and ready to win their first World Cup since 1986. With comparisons to the Argentinian greats like his manager, the expectations for Argentina and Messi couldn't have been higher.

Messi, robbed of a creative partnership with Riquelme which had proved so effective in winning the 2008 Olympics, was tasked with carrying the weight of the nation on his shoulders. Strangely, rather than giving Messi the licence to roam and play the type of game that made him so successful at club level, Maradona tasked Messi with being a provider to Carlos Tevez and a young Higuain.

Things seemed okay at first, that was until they met a familiar foe, Germany in the quarterfinals. Messi could do nothing as a dishevelled and disorganised Argentina side crumbled to a 4-0 defeat. Messi was heading back from a World Cup without a single goal to his name.

Fast forward another four years, there had been even more success for Messi at club level. More records broken, more titles won, and his name was now entering the GOAT conversation. With attacking options like Di Maria, Aguero, Higuain and Ezequiel Lavezzi - how could they not win? Surely this would be their time, or so they thought. Messi had been handed the armband during qualifying by then manager, Alejandro Sabella as if there wasn’t already enough expectation.

It took all of 65 minutes for Messi to end his World Cup drought, scoring against Bosnia & Herzegovina to give Argentina a comfortable 2-0 victory. He followed that up with some good performances throughout the group stages, scoring 1 against Iran and then 2 more against Nigeria in a 3-2 thriller to send Argentina through with an unbeaten record.

There were no more goals for Messi throughout the knockout phases, that is until a decisive spot-kick in a penalty shootout against the Netherlands that gave Argentina the win and sent Messi to his first World Cup final. The dream final of Argentina vs Brazil in Brazil was not to be though. Brazil had been humbled and dumped out in the most humiliating fashion against an industrious Germany, losing 7-1 on home soil. Setting up Argentina against the team that had knocked them out of the last two World Cups.

For the third tournament in a row, Germany had the measure of Argentina. Messi did not manage a single shot on target in a scrappy game that Germany went on to win 1-0 in extra time, courtesy of Mario Gotze. Messi was crushed, Argentina was crushed, and many fans turned on their star man.

A new coach, a player coup, and the agony of losing the last final created a toxic Argentina camp in Russia. Despite this, they got through the group stages by the skin of their teeth. In much the same way that they got to the tournament. Had it not been for a Messi hat-trick against Ecuador, they wouldn't have. After coming so close to glory in 2014, this team knew what the expectation was.

Messi was once again the water carrier, this time trying to carry a sub-par Argentina team over the line. Coming second in their group after a disappointing start to the competition which saw them needing results to go their way to progress, Leo and Argentina were set to meet France in the round of 16.

They were knocked out after losing 4-3 in a game Messi had little influence in, being marked out of it by the phenomenal N'Golo Kante. Now at the age of 31, people were asking the question - will one of the greatest of all time finish his career one trophy short?

It has been a difficult few years for Messi, from Barcelona's struggles that saw him being booted out of the door, to an underwhelming first season at PSG and persistent claims that he isn't the player he once was. Messi has come out this season ready to answer his critics, he's been in scintillating form for his club, playing 18 games, scoring 12 goals, and grabbing 14 assists for good measure.

After winning Copa America last year against Brazil, he finally looks relaxed wearing the captain's armband. No longer does it appear to be a burden for him to play for his country and no longer is he expected to carry a whole team on his back, this Argentina side is far more balanced than some of the ones from years past.

No longer is Messi having to come deep to receive the ball, his teammates are getting it to him far closer to the opponent’s goal which is where you want a player of his ability. This will be Messi's last World Cup and the whole footballing world will be watching on as he leads out his beloved Argentina and Ronaldo leads out Portugal, hoping to finally settle the debate of who is the GOAT of the modern era.