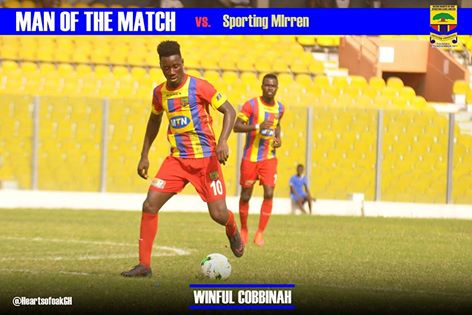 Accra Hearts of Oak Winger Winful Cobinnah thrilled fans with some exciting football in their game against Sporting Mirren in the MTN FA cup which saw him win the Man of the Match.

Cobinnah has added some verve and tenacity to the Hearts attach since he rejoined the club in the transfer window.

He was named Man of the Match in the team’s 1-1 draw against Elmina Sharks, preceding that was another MOTM award by the club’s fans in the 4-2 win over Bechem United.