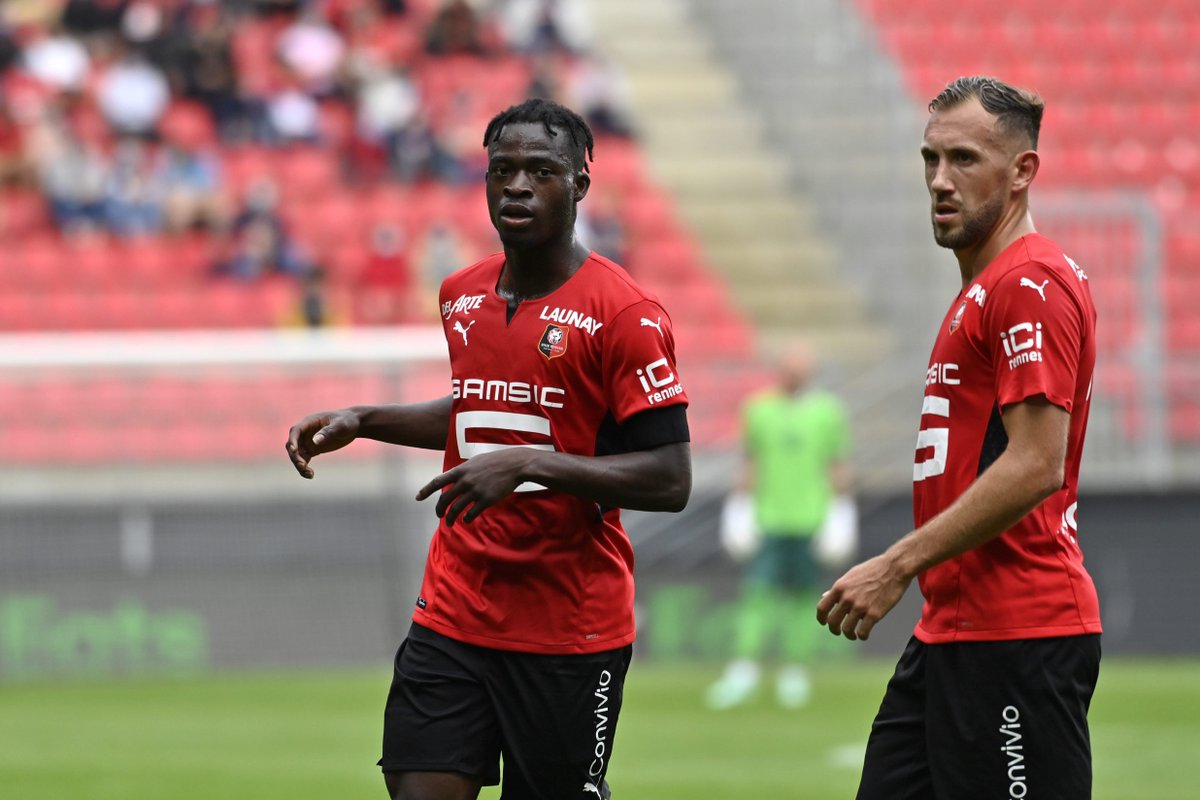 Only three months after his arrival in Rennes, Kamaldeen Sulemana, 19, made a name for himself in France by signing goals and class performances. Further proof of the bluffing adaptability of the twirling striker formed between Ghana and Denmark, who preferred to settle down in Brittany rather than Ajax Amsterdam last summer.

In the visitors' area of ​​the Saint-Symphorien stadium, two Rennes supporters have their mouths open and their hands on their heads. A little further, on the pitch, even Kamaldeen Sulemana's teammates couldn't believe it. They have just witnessed a small masterpiece from the Ghanaian striker allowing Rennes to make a break against Metz in the 37th minute of play. The scene is as brutal for its opponents as it is formidable for its partners, seated in the front row to attend the recital. After two duels won by the Bretons, the main actor inherits the ball on the right side of the surface, where he begins to make his victim Matthieu Udol dance, before slipping him a devastating little bridge. The sequel is not intended to be cut in the editing of a future Youtube compilation, Sulemana deceiving Alexandre Oukidja with a violent point of law shaking the bar and the nets of the garnet doorman. Bim, bam, boom, the 19-year-old Rennes revelation has struck again.

More than an hour after the goal, Jonas Martin did not put out his tongue when praising the merits of his friend in the mixed zone: “Kamaldeen Sulemana, he's a crack. He is a player like there are not many in the teams. He is able to create situations on his own, he doesn't need a lot of people around him. “Only three months after his arrival in France and Brittany, the number 10 of the Rouge et Noir has already conquered his world, starting with his trainer Bruno Genesio. “It is typically its characteristics, this goal, rejoiced the technician of the SRFC this Sunday at a press conference. He is enthusiastic, carefree. It goes fast, it hurts. He is pleasant to lead, because he always comes to training with a smile. It gives us a lot of pleasure. The most greedy will answer that it is only the beginning.

From Ghana to Denmark

The Ghanaian does not come out of nowhere, he has even been promised a European destiny since his adolescence. Little Kamaldeen studied at the Right to Dream Academy, located in Ghana nearly 400 kilometers from Techiman, Sulemana's hometown, where Abdul Majeed Waris, Mohamed Kudus, Yao Yeboah or Kingsley Fobi passed. “In my opinion, it is the best academy in Africa, recently explained the new attraction of the French championship to the press. We are not only taught football, but how to be a good human, a good student and a good footballer, that's the whole package. They have produced a lot of very good players and there will be more in the future. "But the present is called Sulemana, proud standard of the academy bought in early January by the large Egyptian group Mansour for $ 130 million and founded in 1999 by Tom Vernon, former Manchester United scout and owner since 2015 of FC Nordsjælland, nugget factory in Denmark. The club based in Farum, about twenty kilometers from the capital Copenhagen, has naturally become the ideal base for the best elements of the Right to Dream academy.

It is therefore not a surprise to see the young Sulemana definitely settle down in the land of The Little Mermaid in February 2020, a few weeks before the interruption of the championship caused by the Covid-19 pandemic. This will not prevent him from signing a first professional contract on his 18th birthday (February 15) and from scavenging his first minutes on the lawns of a country which is not completely unknown to him, the offices of the academy located in Denmark. “I went there for the first time when I was 14,” said Sulemana. Then, I went back and forth between Denmark and the academy. I quickly adapted to the Danish system, they speak fluent English. It is therefore on the land of Mikkel Damsgaard, trained in Nordsjælland, that the one who likes to be called Kamaldeen began to make a name for himself in Europe, where he achieved a full season in 2020-2021 (10 goals, 8 assists in 30 games). "Often, I used it on the left, but when it developed, we were able to replace it in number 9, with more freedom," commented Flemming Pedersen, his coach in Nordsjælland who discovered him in Ghana in 2017, at Stade rennais Online. He could have more situations, especially between the lines, take depth and become a game creator. " "I felt I was a priority here"

The Ghanaian international (5 caps) has no time to lose, in his evolution as in his adaptation. After a little more than a season spent scouring Danish lawns, its European history was set to take a new turn this summer. In the sights of Ajax Amsterdam, Sulemana finally took the road to the West and Brittany for financial matters (the Dutch club had to sell in order to buy) and playing time. What Stade Rennes could offer him , who paid more than fifteen million euros (bonus included) to afford the 19-year-old striker whose name was already in the papers of technical director Florian Maurice when he was at OL. “I knew I was going to be able to play in Rennes. I felt that I was a priority here and also that I was going to be able to play against big teams like PSG, Kamaldeen unfolded. I came for this kind of game. (...) When I moved here, I knew it would be difficult for me. But for the moment, I'm doing well. "

It is the case to say it: beyond having shone against Paris at the beginning of the month (an assist and an infernal match for Achraf Hakimi), Sulemana realizes very convincing beginnings in the Hexagon, where he had only It took 14 minutes to see him score an awesome goal against Lens on Matchday 1 of the current season. Since this first stroke of brilliance, the Black Star has put on three additional pawns and delivered some remarkable performances under the Rennes jersey, despite a little slack. Without this being able to cast doubt on the third best dribbler in Ligue 1 after ten days (tied with Savanier with 3.1 dribbles per match, behind Neymar and Kylian Mbappé). A luxury offensive weapon for Rennes in the absence of Jeremy Doku, still injured for several weeks, and a recruit already hailed for his sense of spectacle and his ability to thrill the audience at Roazhon Park. “He is taking on and assimilating the workloads in training and he manages to express all his qualities during games. Obviously now it will be more expected, tempered Bruno Genesio on the eve of the trip to Mura (Slovenia) in the Europa League Conference. I talk to him every day, he needs contact and advice, he listens. I am confident, he is a boy who likes to work, to progress, and who wants to learn. »At the table, the Kamaldeen is served!