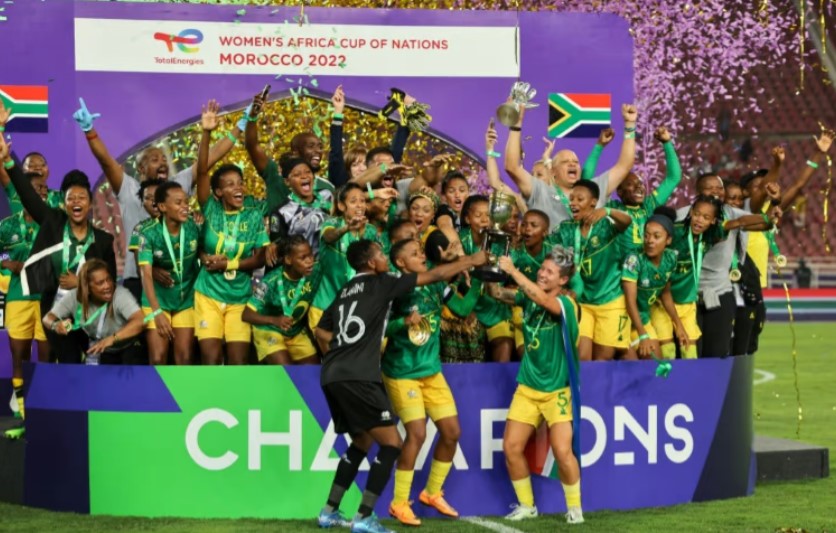 The curtains on the 2022 edition of the Women African Cup of Nations (WAFCON) have ended and only for the third time in the history of the competition, new champions have been crowned with South Africa’s Bayana Bayana proudly coached by Desiree Ellis, lifting the priced diadem for the first time.

It is on record that out of the 12 competitions held between the inaugural edition in Nigeria in 1998 and the just-ended event in Morocco, Nigeria have won it a record nine times, Equatorial Guinea have lifted it two times while South Africa now join that short list of champions.

While each WAFCON since the first final in Abeokuta 1998 always come up with lessons worth learning and building upon for the advancement of the game in individual countries and collectively as a continent, Morocco 2022 have brought up the issues more stronger and if only other countries, including Ghana, desirous of becoming champions would learn from, they soon could join the list of champions

Here are a few:

All the teams that qualified showed that women’s football is no longer the preserve of a few privileged ones who have the resources and are blessed with abundant talent.

Gone are the days when football was premised on the gifted talents of players. Technology has made it possible to transform players into winsome teams, as exhibited by Botswana and hosts, Morocco, teams not traditionally considered football nations, so far as the women’s game was concerned.

Botswana made their debut at the competition yet they went out there and dared the big girls and were unlucky to have been drawn in the same group as giants, Nigeria, and South Africa.

They showed that they have gotten the fundamentals right and if only they can maintain the momentum and build on their humble beginnings, they will be a team to watch out for.

There is no gainsaying that success in football is now investment-based and teams now reap from what they have sown. The investment should cut across to make the impact near simultaneous.

Investment in the technical development of the game, the human resource by training more people to fill up roles in the various units and regular upgrading of the competencies of the operatives, and the development of the talent and skills of the players to ensure that

The two finalists – South Africa and Morocco are proof. For 22 years, South Africa tried to win but failed in their attempt, but aware that one day the breakthrough would come, they committed resources and led the charge to strengthen the game in the Southern African sub-region

They realized they had talent but not in abundance as, West Africa, so they set out to deliberately develop the talent and came up with the Confederation of Southern African Football Associations (COSAFA) Women’s tournament.

In doing that, South Africa (record winners of the COSAFA) have helped develop the game in the region for coaches, medics, referees, and administrators and that has benefitted the sub-region with the show of Zambia who beat Nigeria for the bronze as well as qualify for the 2023 Women’s World Cup. The Zambians had last year also made an appearance at the Olympic Games, ahead of the many teams that are considered pioneers of women’s football in Africa.

Aside from that, there have been invested in the development of players and it is obvious South Africa and Morocco have committed resources in that to realize their objectives.

The story of South Africa is well known. The South African Football Association has ensured that they play in as many international friendlies and tournaments as they can, traveling around the globe to get the experience and exposure for the players.

For Morocco, it was also investing in the structures, and once they were sure it would yield results, quickly set up a women’s league, harnesses players’ talent, and once they set out to host the WAFCON 2020, went in for a top-notch coach, Frenchman Reynald Pedros to build a team for that purpose.

Thus their performance at the competition was no fluke, but a reflection of the intentional investment made to achieve results.

The bane of most teams has been the way they frequently change particularly, coaches at the least instance, and Ghana have paid the heavy price for that. From 1998 until 2016, there was always a new coach to lead the team to the next tournament. From the late Emmanuel Kwasi Afranie (1998) to 2012 when Kuuku Dadzie failed to qualify the Queens for the tournament, no coach had kept the job for more than one tournament

In 2014 however, Yusif Basigi was brought and with his experience as a former deputy, though he could not lead the team to impress at the WAFCON in Namibia, he made amends and led the team to their first ever gold win at the 2015 African Games in Congo Brazzaville.

That feat was followed up with a bronze medal at the 2016 WAFCON in Cameroun, losing only the semi-finals to the hosts but beating South Africa to win the bronze.

With an opportunity to host and win the tournament for the first time, Ghana rather shot themselves in the foot by removing Basigi in 2017 and the outcome of that decision was the abysmal performance of the Queens when Ghana hosted the 2018 WAFCON.

Meanwhile, South Africa, who at that time had brought their former captain, Desiree Ellis as an interim coach, kept faith with her.

Despite failing at the 2015 African Games and 2016 WAFCON, the South African Football Association (SAFA) extended her time and for the past five years, she has been at the job, and has been provided with all the support she could need.

The result? Two successive final berths, a silver medal (2018) two WWC tickets their very first in 2019 and have again qualified from 2022 WAFCON and that same consistency has helped them to ultimately lift the trophy.

Ghana are not alone, the issue of coaching inconsistency remains the bane of the women’s game. Federations must be patient to give their coaches to build their teams and it is more worrying when the coaches’ job is frustrated by inadequate support and logistics, yet required to strike their magic wands to turn things around. Those times are past and gone. No matter how talented teams are, they can not reap where they have not sown.

It is enough that the Black Queens suffer from the usual ‘no money syndrome’ from the parent ministry, hopefully, their situation would not be made worse by changes that that could hurt the team again as they prepare for the 2023 African Games which Ghana will be hosting and subsequently, the 2024 WAFCON qualifiers and beyond.

While the end may often justify the means, that saying does not hold sway in women’s football, looking at the way the game is developing globally and on the African continent, countries that take things for granted will be left behind.

For example, Equatorial Guinea temporarily succeeded in winning the WAFCON in 2008 and 2012 because instead of going the long road of systematically developing the game, chose to bring in already made players, from all over, including getting players as far as Brazil and Portugal to naturalize to help them.

After that four-year stint, they have struggled to get back into the women’s elite game because the foundation has not been well laid and the grassroots well developed.

Whatever glory the shortcut brings, will be short-lived.

With football’s world governing body, FIFA, on the Confederation of African Football (CAF) to ensure the accelerated development of the women’s game on the continent and through the support being provided, many countries are developing their women’s game because many more have realized that women’s football has come to stay and those who are prepared to take it seriously will benefit from it.

Without structures, planning, development, and progression in a SMART way, teams will be only dreamers of achieving more, but like the two finalists have shown, setting targets with some specifics makes it measurable, achievable, realistic, and within a time frame, looks more like the secret to success.