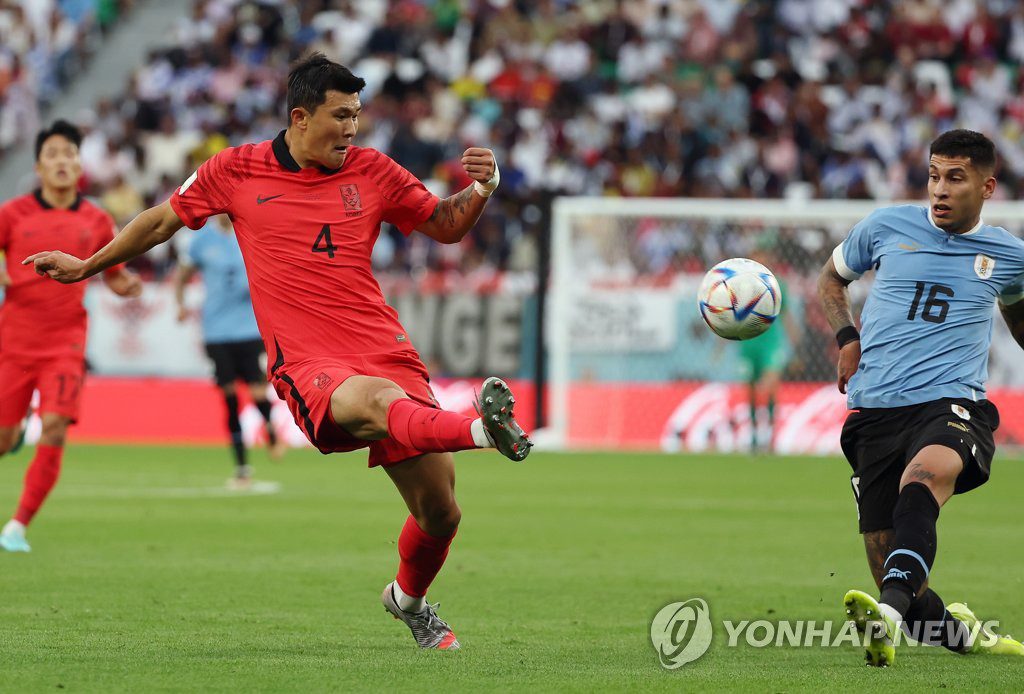 South Korea coach Paulo Bento says Kim Min-Jae will be subjected to a late fitness ahead of their clash with Ghana in the 2022 World Cup.

The 26-year-old has not trained since their opening game against Uruguay after picking a knock in the match last Thursday.

The Napoli defender slipped and fell while trying to chase down Uruguayan forward Darwin Nunez in the second half but stayed for the rest despite being in pain.

Speaking ahead of the Ghana game, Paulo Bento refused to rule out the enterprising defender, saying a decision would be made on the players before the clash.

“I will like to confirm that Hwang Hee-chan will not be available for tomorrow. But for Kim Min Jae, he just recovered today and we will make a decision tomorrow” he said at the pre-match conference.

Korea have one point from the first game and must avoid defeat against the injured West Africans to advance to the knockout stages.

Ghana, on the other hand, are desperate for three points after their controversial loss to Portugal in the opener, and are expected to come out firing against the Koreans.