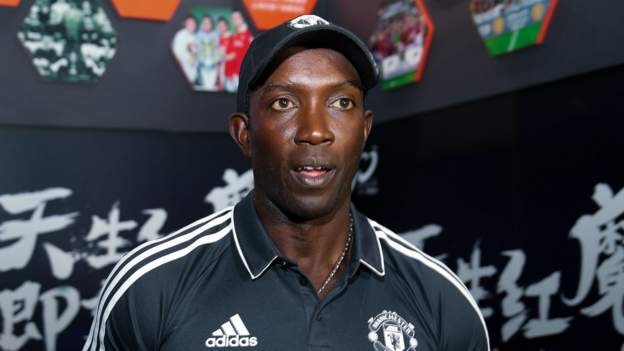 Dwight Yorke helped Manchester United to the treble in 1999

The 50-year-old has signed a two-year deal and will replace Ante Milicic.

Macarthur, known as the Bulls, finished the season in seventh and narrowly missed out on the play-offs.

"I am extremely excited in what is my first-ever senior full-time head coaching role to take the reins at Macarthur FC," said Yorke.

"Having played in the inaugural A-League men's season, I have continually followed the competition and am aware of both the footballing and fan demands in Australia.

"I look forward to adding a positive contribution and improving the game at all levels. However, of course my primary focus will be with the Bulls, to deliver them success and a style of football that defined me as a player."

He was part of Sir Alex Ferguson's 1999 treble-winning team.

Is dancing better than traditional fitness exercises?: Why busting a move can enhance your fitness, your mood and the size of your brainHonest grub, honest opinions: Five of the nation's top-rated chip shops roll into Manchester for the ultimate fry-off