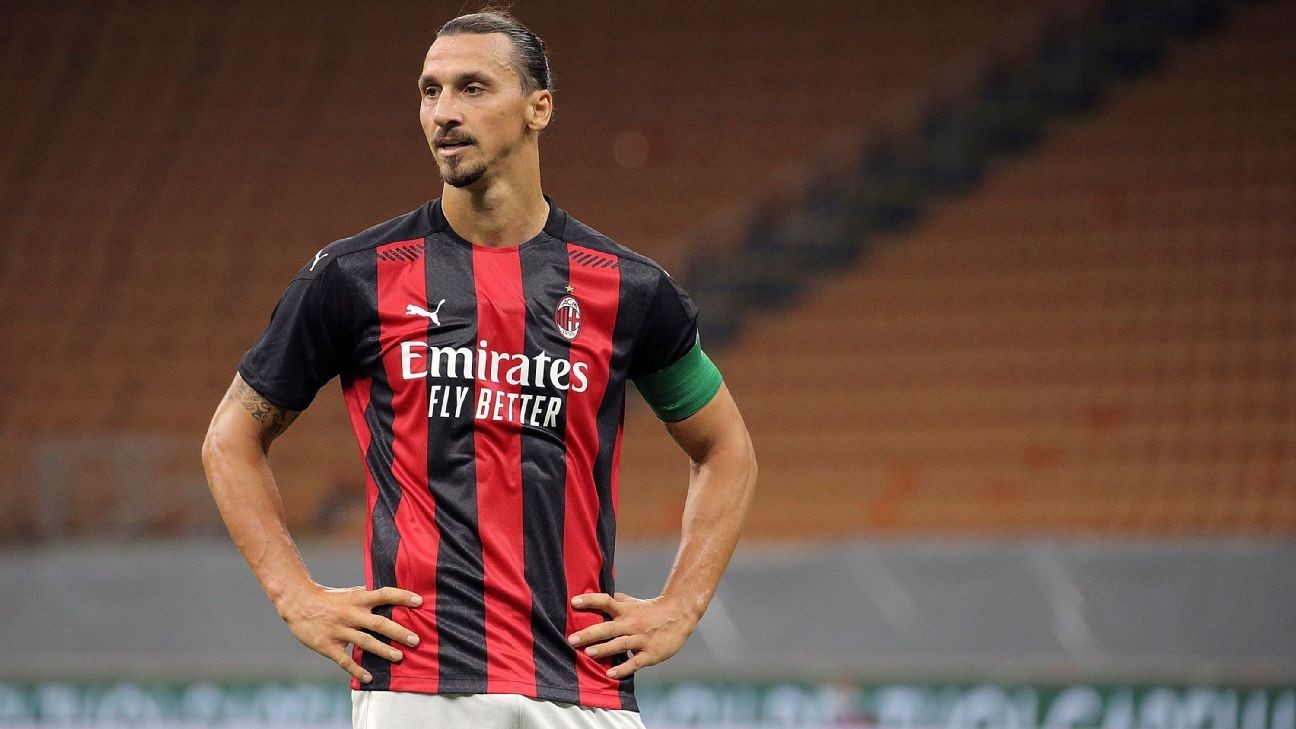 The last time AC Milan came to Ireland for a European competition it was 1975 and they were held to a scoreless draw by Athlone Town, "a team of postmen, butchers and bakers" as the BBC reported it on the night.

Shamrock Rovers, the League of Ireland's most successful team and the first Irish side to have reached the group stage of a European competition -- in 2011-12 when they were drawn in the same group as Tottenham -- will be hoping to go one better when the Italian giants come to Tallaght Stadium on Thursday for their second round Europa League qualifier.

From Beckham to Ronaldo and Messi: How the rich list has evolved

How did he miss that?! Two more players join the Hall of Shame

The situation is a little different to 45 years ago. Then, over 10,000 people crowded into St. Mel's Park to watch the game; the Italian side got off their bus and trudged through mud in stylish flared jeans. Giovanni Trapattoni, who was on the Milan coaching team, was a relatively unknown name in Irish football (before he later managed the Republic of Ireland national team from 2008-13) and if it wasn't for a missed penalty from Town's John Minnock, it could have been one of the greatest upsets in European football.

Despite a capacity of 8,000 people, Tallaght Stadium will be empty on Thursday; Milan won't have to trudge through any mud but there will be coronavirus testing and mask wearing. It will also be a one-legged affair, meaning Shamrock only have to pull off the impossible once to knock the Italian giants, who now boast players like Zlatan Ibrahimovic, out of the competition.

- Formed in 1899, the same year as AC Milan, in Dublin's Ringsend.
- They have won the League of Ireland a record 17 times and the FAI Cup a record 25 times.
- The first Irish team to make it to the Europa League group stages.
- The club spent 22 years travelling around Dublin and Ireland playing games without a home stadium but are now based at the Tallaght Stadium.

Shamrock are regarded as one of Ireland's top teams and have faced the likes of Tottenham Hotspur and Partizan Belgrade in the European competition before.

While the arrival of AC Milan and Ibrahimovic presents a unique challenge, Rovers aren't unused to welcoming the world's best footballers. Cristiano Ronaldo made his Real Madrid debut in suburban Dublin in July 2009 when the La Liga giants travelled to Shamrock Rovers for a preseason friendly. The gulf in class was clear but the Irish side held on and even with Ronaldo, Madrid only managed to score one goal.

There was laughter in some quarters when legendary AC Milan defender and now technical director Paolo Maldini suggested that the game was one "that scares us a lot" this week, but in Dublin there is a quiet confidence that they can cause an upset.

The Hoops' manager Stephen Bradley, who joined the side in 2016, has kept his men grounded since the tie was announced. The focus until Saturday evening was solely on their League of Ireland campaign -- where they sit top with nine wins from 11 games -- before turning to the Europa League qualifier.

As a player, Bradley captained Arsenal reserves but never broke into the senior squad. He returned to play in the League of Ireland but never lost contact with the North London club and, when he retired, he joined them as their Ireland scout.

Some helpful advice when he took over Shamrock Rovers will undoubtedly be ringing in his ears as they face AC Milan: "When I spoke to [former Northern Ireland and current Stoke City manager] Michael O'Neill and the boss at Arsenal [Arsene Wenger], that was the No. 1 thing they said to me about characters. Take a player with less ability and more character over the others." It's this character that fans return to when they speak of their hope of beating the Italians.

"This will probably be on my gravestone but Shamrock Rovers is a way of life," Gary Parsons, host of the Tales From The East Stand podcast, tells ESPN. "It's a state of mind. We are treating them like we treat every other team. These results can happen. It's not too far-fetched to think that it could happen. I think anyone who follows a team up and down the country will know and appreciate that. We genuinely think we have a chance and if you don't think that, you probably shouldn't be following the team."

Peter Capocci, who was born and raised in Tallaght but whose father is Italian, used to play where the Tallaght Stadium is now in his AC Milan jersey. "Watching Milan games and Italian football with my dad was the thing growing up and then it was AC Milan forever," he says. "A lot of people are disappointed they can't go to the stadium and there is a lot of admiration for a club like AC Milan to come over but because of the times, they know it's important to be safe."

The commitment from fans isn't just in Ireland, either. Ste Seery, a founding member of SRFC Ultras, will be watching the game from Queensland, Australia at 4 a.m. before his shift at the local hospital.

The players are equally as confident that they can beat the seven-time European champions.

"You can't think about the outcome," midfielder and Rovers' standout player Jack Byrne told the Irish Independent. "You need to just think about the game and not about what can happen if we do win; just take the game as it comes and just try and win. If we did win, then I think we'd have to open the pubs back up in Dublin for a few days.

"I think we need to take the AC Milan out of it and approach it as 11 vs. 11. We've done our analysis on them. We have got players who can create and score goals from anywhere. Of course, we believe we can go and beat them."

Athlone Town 0-0 AC Milan, UEFA Cup, 1975 -- The last time the Italians came to Ireland they were held to a draw by a small Midlands side. While they won the return leg 3-0, a missed penalty by the Town could have put a very different gloss on this tie.

Partizan Belgrade 1-2 Shamrock Rovers, Europa League, 2011 -- Shamrock became the first Irish side to reach the Europa League group stages after beating the Serbian side. A 1-1 draw at home set the team up with it all to do but a penalty seven minutes from the end of the game sent them rocketing into the history books.

Odense 4-3 Real Madrid, 1994-95, UEFA Cup -- Danish side Odense pulled off a massive upset when they scored a goal in injury time to send Real Madrid crashing out of the UEFA Cup. Dubbed the "Miracle in Madrid," Morten Bisgaard's goal has gone down in history as a defining moment in Danish football.

England 1-2 Iceland, European Championship, 2016 -- A fourth-minute Wayne Rooney penalty seemed to hint at a dismantling of the small island nation by England -- a country lauded as the home of football. An equaliser two minutes later from Ragnar Sigurosson and a further strike from Kolbeinn Sigborsson, however, saw one of the biggest upsets of the tournament and ensured the famed Icelandic clap could be heard echoing everywhere.

Greece 1-0 Portugal, European Championship, 2004 -- Angelos Charisteas' 57th-minute goal against Portugal secured Greece a shock win in the European Championship final. The Greeks' run to the final was already impressive as they beat Portugal, France and the Czech Republic but their silencing of Cristiano Ronaldo and Co. will go down as one of the greatest-ever upsets in this (or any other) tournament.