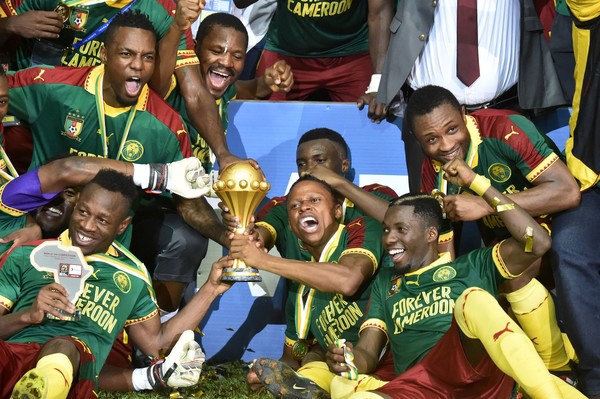 After a week of training in Madrid, Spain, Coach Clarence Seedorf and Indomitable Lions arrived in Doha on Tuesday evening, to continue with their training before heading for their Group F campaign against Ghana, Benin and Guinea Bissau at the June 21 to July 21, tournament in Egypt.

Camped at the Aspire Training Centre, the 2017 AFCON champions plunged straight into training on Wednesday morning having arrived the night before.

Though Seedorf forwarded his final list of 23 players for the AFCON to the Confederation of African Football (CAF) on June 11, as mandated by the tournament regulations, he is yet to make it public and is likely to do so after their entire training schedule.

As part of their training in Madrid,  the Indomitable Lions beat the Chipolopolo of Zambia 2-1 in their first friendly game on June 9, 2019, and also thrashed  Alcorcon, a Spanish Division Two side, 11-0 on June 11.

After the training in Doha, the five-time African champions will fly back to Yaounde for the Presidential send-off before arriving at Ismailia on June 20, for their title defence which start with their group campaign in Group F with Ghana, Benin and Guinea Bissau.

The defending champions open their title defence against Guinea Bissau on June 25, play the titanic clash against  Ghana's Black Stars on June 29,  with the final group game against the Squirrels of Benin on July 2.

Though Seedorf has forwarded his final 23-man squad to the organizers of the AFCON, he is yet to make it public and indications are that the list will be released when they make the brief return to Yaounde.

Ghana's Black Stars are also in Dubai rounding up their preparations for the 2019 AFCON.