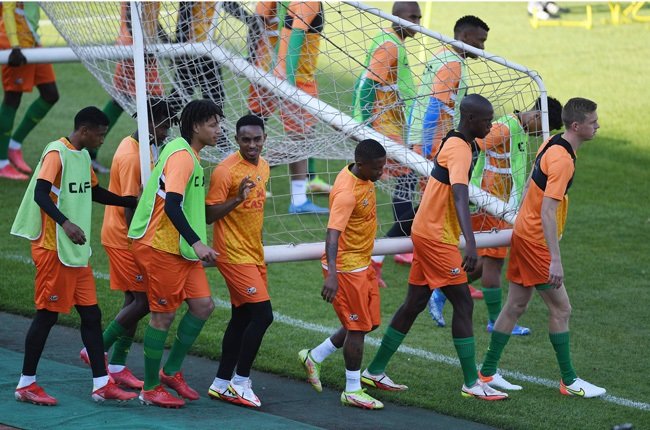 Ghana opponent in the 2022 FIFA World Cup qualifiers, South Africa is targeting all six points from its doubleheader against Ethiopia, this is according to head coach Hugo Broos.

Currently, the Bafana Bafana sit top of Group G of the Africa qualifiers and have their faith in their hands.

With the 2022 FIFA World Cup qualifiers continuing in the October International break, the South Africa national team has braced itself for the challenge.

Already in camp preparing for two encounters against Ethiopia, Bafana Bafana coach Hugo Broos says his side will push to amass the maximum points.

"We are in front of two key matches. When you play qualifiers, Afcon or World Cup, match three and four are always key matches.

"Those are matches that can be decisive matches. You can be out of the race, or you can be in a very good position,” the South Africa coach told Vigour.

"So that is also for us. If we can win these two games, Ethiopia is out of the race, and then we'll have to see what happens in the games of Zimbabwe and Ghana.

"We have to do everything to get six points,” Broos added.

Meanwhile, Ghana is also scheduled to face Zimbabwe in a doubleheader encounter in this international break.