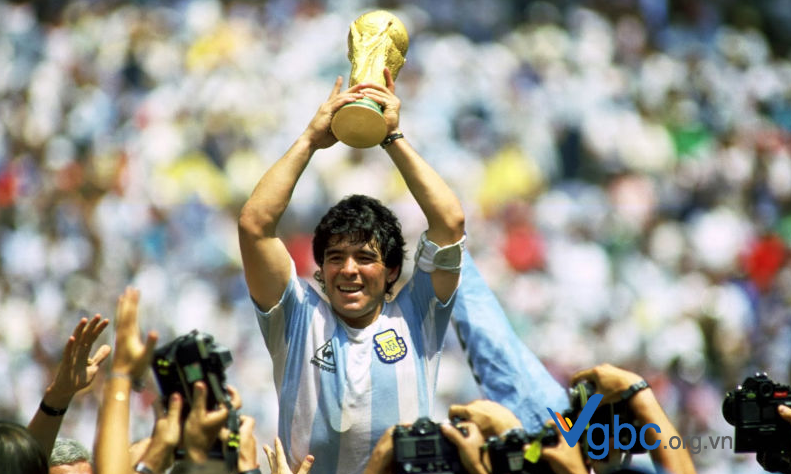 October 30, 2020 is an important milestone of the world's second greatest legend Diego Maradona. He turns 60 years old, goes a complete circle of Dua Tu of human life. Join us to look back on 60 years of the life and career of this famous football player!

Diego Maradona is a short man on the pitch but is a giant monument in the world of football and the hearts of fans. He was an addict, a sly thing, but obscured all was the aura of a super football saint.

On October 30, 1960, Maradona was born at Evita Peron Hospital in Lanus, an industrial district south of the capital Buenos Aires. His parents, Diego "Chitoro" Maradona and Dalma "Tota" Salvadora are both Esquina, in the Corrientes region of northeastern Argentina, near the Paraguay border.

Mrs. Tota was dancing when she suddenly went into labor. A few hours later, she gave birth to a son. Legend has it that the boy swung his legs around at the time of his birth. The boy was named like his father: Diego.

Diego's boy grew up in a difficult situation: the house has no electricity, no clean water. The Villa Fiorito region is like that. Maradona always said that that past taught him what it means to be wise, to be sly. In a situation of impoverishment, living with high dignity only makes us poorer.

When she was 3 years old, Maradona was given a ball by her cousin Beto. He liked it so much he hugged him to bed. The ball became his permanent companion since then. "There are a lot of people who are afraid to admit coming from the slums, but it's not me because if I wasn't born in the slums, there's no Maradona. I have the freedom to play football," Maradona said.

When she was a toddler, Maradona almost drowned in the stool! He accidentally fell down there without knowing. Fortunately, Uncle Cirilo saw it and shouted, "Diego, try to lift your head out of that litter." Maradona often told that story. The words Cirilo Uncle Ho said at that time were almost spelled into the most difficult moments of Maradona's life.

From an early age, his parents soon realized that the boy had a future with the ball. His family supports him at all stages of development. The rare photos left to this day taken when Maradona 4-5 years old show him standing in front of a barbed wire fence. That fence looked very new, but crumbled into a pile, showing how often Maradona shot it.

On the way to school, Maradona often practiced ... bouncing the ball. He never lets the ball fall even if he has to step across the train tracks. Even the "ball" he flattered was not the true ball. It could be an orange, a curled leopard, or a rolled up rag.

In December 1968 Maradona was taken to a test practice with Cebollitas, the youth team of the Argentinos Juniors club. The team was formed in the center of the Villa Crespo region in 1904, out of a group of friends who were inclined to favor the left.

Their original name was the Martyrs of Chicago, which was inspired by the hangs of eight leftist political activists after the Haymarket riots in Chicago in 1886. The name Argentinos Juniors was accepted as part of a pact with the Argentine Football Association in 1909.

After many changes of headquarters, in 1921, the team moved to La Paternal, located just west of where the team was born. In the 1930s, this team was at the forefront of the movement of professionalization. But funding is always a difficult factor.

Argentinos Juniors did not take long to recognize the natural talent in Maradona. A weird, short, fat, abnormally large boy that makes coach Francisco Cornejo think of an alien; But he was very outstanding. Maradona played so well that the club doubted he was cheating, and only believed his birth certificate.

1976: Maradona begins a professional football career when he joins the Argentinos Juniors.

1982 - 1984: Maradona competed for Barcelona Football Club. Next, he also played for other clubs such as: Boca Juniors, S.S.C. Napoli, Newell's Old Boys, Sevilla F.C, ... During his years playing for F.C. Barcelona, ​​Boca Juniors, SSC Napoli he has become one of the world football superstars. Maradona has received many excellent football player titles. 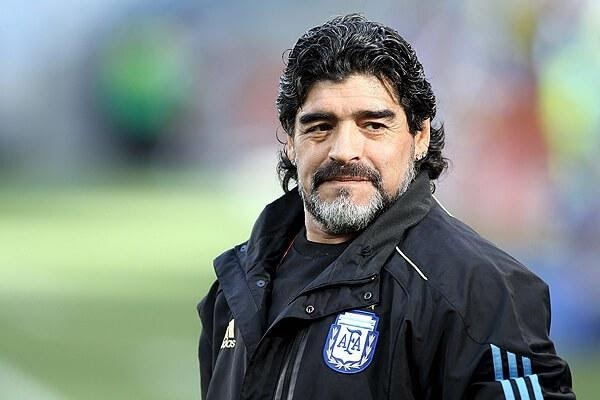 The golden boy of the football village is now 60 years old/ Ph: live football https://banthang.vip
Maradona had four appearances in the World Cup football season, in which the Argentina team won the championship in 1986. Also in this World Cup season, Maradona received the title "Player of the Year. Best". At the football match against England, he had spectacular ball moves. Maradona overcame six players, scored the second goal for Argentina, which is one of the goals. Century.

During his career as Coach Diego Maradona led the football team of Mandiyú de Corrientes. Next, he worked as a Coach for Racing Club since 1995. Period 2005 - 2008: Maradona joined Argentina as a Coach for the national football team. In season 2011 - 2012: He moved again to Coach for Al Wasl Club.

During his career as Coach Diego Maradona led the football team of Mandiyú de Corrientes. Next, he worked as a Coach for Racing Club since 1995. Period 2005 - 2008: Maradona joined Argentina as a Coach for the national football team. In season 2011 - 2012: He moved again to Coach for Al Wasl Club.

At the beginning of 2017, Maradona participated in a friendly football match including all the players from a time in football such as: David Trezegue, Dwight Yorke, Carles Puyol, Gabriel Batistuta, Pablo Aimar, ... members of FIFA before the award ceremony "The Best" takes place.