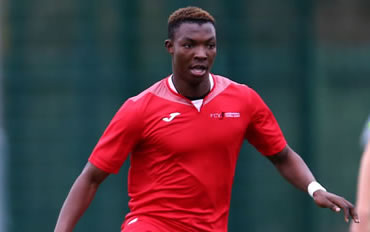 Former Ghana U17 attacker Rudolf Blagogee is set to sign for MTN FA Cup winners Accra Hearts of Oak according to Phobianews.com

Blagogee has previously played for Densu Rovers, Osijek U19 in Croatia, Sporting CP U19 in Portugal, MFK Karvina in the Czech Republic, and Ingulets in Ukraine.

Blagogee was left out of Ghana's U17 final squad, which advanced to the quarterfinals of the 2017 FIFA U17 World Cup in India.

He is a dynamic offensive player who can play both wings and behind the striker and up front.

Rudolf Blagogee will feature in Hearts of Oak's first team during the 2022/23 football season after the departure of offensive players like Kofi Kordzi.

A number of clubs were interested in the former Sporting Lisbon youngster before Hearts of Oak secured his signature.