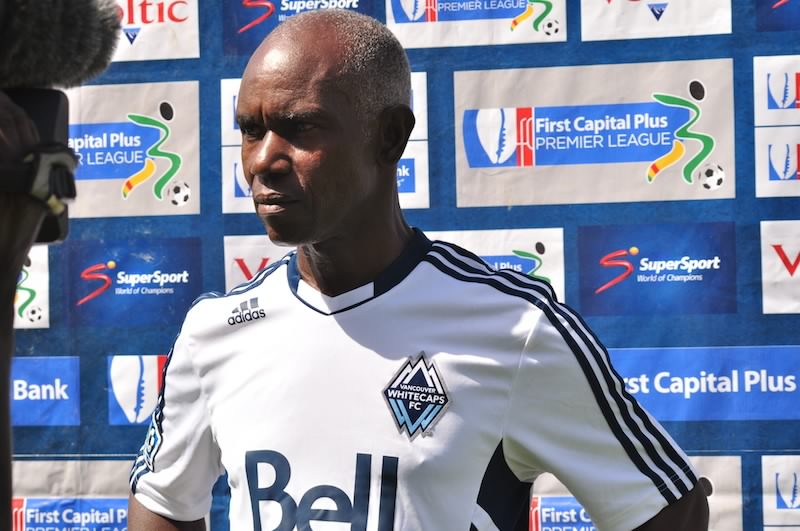 The death of former Black Stars and Hearts of Oak coach Herbert Addo is a big blow not only to the football family but to the entire sports industry in Ghana.

Ghanasoccernet takes a closer look at the legendary coach who had stints with almost all the Ghanaian national teams as well as the big clubs in the country including Kotoko, Hearts, AshGold and Aduana Stars.

Research has revealed that Herbert Addo has been in the coaching front for 39 years and was even the head coach of the current Technical Director of the Ghana Football Association, Oti Akenteng, during his hey days at SS 77.

Born on 24 June 1951 in Accra, Herbert who hails from Aburi Konkonduri in the Eastern Region of Ghana has coached over 15 different clubs in his career winning the Ghana Premier League on two occasions with two different clubs and also guided Black Stars to win the WAFU Championship in 1986 and 1987.

Some of the notable clubs coached by Addo are Hasaacas, Asante Kotoko, Ashanti Gold, Hearts of Oak, Aduana Stars, Inter Allies, Wassaman, and so on.

The Genesis of Herbert's Education

Young Herbert Addo was one of the pioneers of Christ the King School in Accra and at age 10 he was sent to England, where he enrolled into the Holmewood House School at Cambridge Wells in Kings, a school that also trained Ghana’s President Nana Addo Dankwa Akufo-Aado.

He had his college education at Lancing College in Briton, which also happens to be the college attended by Akuffo Addo, before moving to Avery Hill College of Education, which is part of the London Universities, specializing in Physical Education (PE) and English.

From the College of Eucation, Herbert Addo started his teaching career at Packham Manor Secondary School in South East London and taught English and Physical education for 5 years.

Herbert Addo was a sports person and he engaged in multiple of sporting events while in school. He played squash to an international level, winning the British Junior Championships at the under 14 and 18 levels.

Herbert also played Cricket to a very high level and was a good footballer as well, captaining the English Public schools from 1966 to 1967 and also played for a semi professional football club called Calshalton fc with the former coach of England, Roy Hodgson.

As a Physical Educationist, Herbert Addo started coaching youth teams and South East London Schools in 1969, but he had his first training course in 1972 at Avery Hills, with the legendary English coach Roy Hodgson.

His return to Ghana and time with NSC and SS 74

He was also appointed as the coach of SS 74 in 1978 and remained there till 1981 when the club was disbanded.

Herbert Addo was afterwards hired as the coach of Fankobaah, before he took over Okwawu United, who were then in the 2 tier of Ghana league, and qualified them to the 1st division (top tier, then).

From Okwawu United, Herbert Addo was appointed as coach of Hasaacas and he guided them to win the West African Football Union (WAFU) Championship in 1982 in his first year. He stayed on with Hasaacas from 1982 to 1985 and some of the players, who passed through his hands were Isaac Paha, who was the skipper, Justice Moore, John Essien, Naana Eshun, Kofi Abbrey, Robert Couffie, Emmanuel Quarshie, Olabode Williams and Kwame Sampson all former Black Stars players. Tandoh, the late Sly Tetteh and many more.

In 1985 Addo took over at corners Stones, helping them win the WAFU Championships in 1987, with Frimpong Manso (ex Black Stars player as his skipper). Other players who helped him champion his course at Corners were Emmanuel Ampiah, Gariba Ibrahim, Odame Ampomah, Ibrahim Safianu, Kwadwo Sumaila, Thomas Boakye, Tony Yeboah and P.M.K Kusi, all of Black Stars fame.

He then moved to Kotoko in 1987/88 season and in 1988 he resigned from the National Sports Council (NSC), after 10 years of active service, to take up a coaching job in Gabon at Shell fc, winning the knockout and placed second in the league, with 9 of his players earning call-up to the Gabonese national team.

Herbert Addo was back again in the country coaching Great Olympics, before he took over second division side Ghapoha and guided them to the premier league, with the like of Eben Dida, Edward Ansah, Ben Fokuo in the thick of events.

Addo then left Ghapoha and joined AshantiGold fc in 1994, as assistant but later took full charge of the team and led them to the final of the maiden CAF Champions League, losing on penalties to Raja Casablanca of Morocco.

Herbert Addo also had time with clubs like Samatex, All Blacks, Kpando Heart of Lions, etc.

In late 2002, he was appointed to replace the legendary Jones Attuquayefio as coach of Hearts of Oak and he won the league in his first season.

In 2003, although his side was unbeaten in the league, they failed to clinch the trophy, becoming the first club to go unbeaten without winning the league. In early 2004, Hearts of Oak parted ways with him.

Addo had a second spell with the Porcupine Warriors mid-way in the 2008/09 league season, helping them give Hearts of Oak a good chase to place second on the league log, after going 10 matches without a defeat.

He joined newly promoted side Aduana Stars in 2009 and helped them with the league in their first season, becoming the first newly promoted team to do so in 2009/10.

Herbert Addo left the Dormaa based side after losing favour with the club’s hierarchy.

He joined Wassaman mid-way through the season, but couldn’t help them beat relegation in the 2012/13 season. From there he joined B.A United to guide them to the middle league, but due to the death of his wife, could not coach them during the middle league.

His last job before taking up this Hearts of Oak gig was Inter Allies, after they had lost their first 6 matches in the league. He took over at week 7 and lost, however he succeeded to enable them avoid relegation, becoming the first club to beat relegation in the premier league after they had lost their first 7 matches and he also help them finish second in the FA Cup.

Herbert Addo was engaged as coach of the National Sports Council (NSC) in 1978 and remained there till 1988. He was appointed to assist Emmanuel Afranie at the Black Stars, complimenting his effort to win the WAFU Championship for the national team in 1983. In 1986 he was then the head coach of the Black Stars, when Ghana hosted and won the WAFU Championship, with Abedi Pele, the only foreign based player in the team as his captain.

Addo again won the WAFU in 1987 in Liberia and the team was captained by Opoku Nti.

In 2011 he qualified Ghana for the African Nations Championships (CHAN) in Sudan.

-He is the first Ghanaian coach to play in the final of the CAF Champions League in 1997, which was the maiden edition and his side Ashgold lost on penalties.

-Herbert Addo is one of the two coaches to have won the Ghana Premier League with two different clubs, Hearts in 2002 and Aduana Stars in 2009/10, which is only matched by Emmanuel Afranie.

-He is also one of the four coaches to win the Ghana premier League for at least two times, with only Jones Attuquafio winning more.

-In 2003, Addo played a complete season without a defeat, becoming the first coach to do so, but unfortunately failed to win the league. In 1970 Olympics went unbeaten and subsequently won the league, however it was a novelty league.

-He became the first coach to guide a newly promoted club (Aduana Stars) to a league triumph in 2009/10 and they also kept clean sheets in all the 15 home matches played, a record in Ghana league,

-He became the first coach to guide a team to beat relegation after losing all their first 7 matches. He took charge of Inter Allies on match day 6 and lost the 7th week game, however they pulled a great surprise by finishing 8 on the league log.

-He also led Inter Allies to the final of the MTN FA Cup, but lost 2-1 in the extra time to Kotoko.