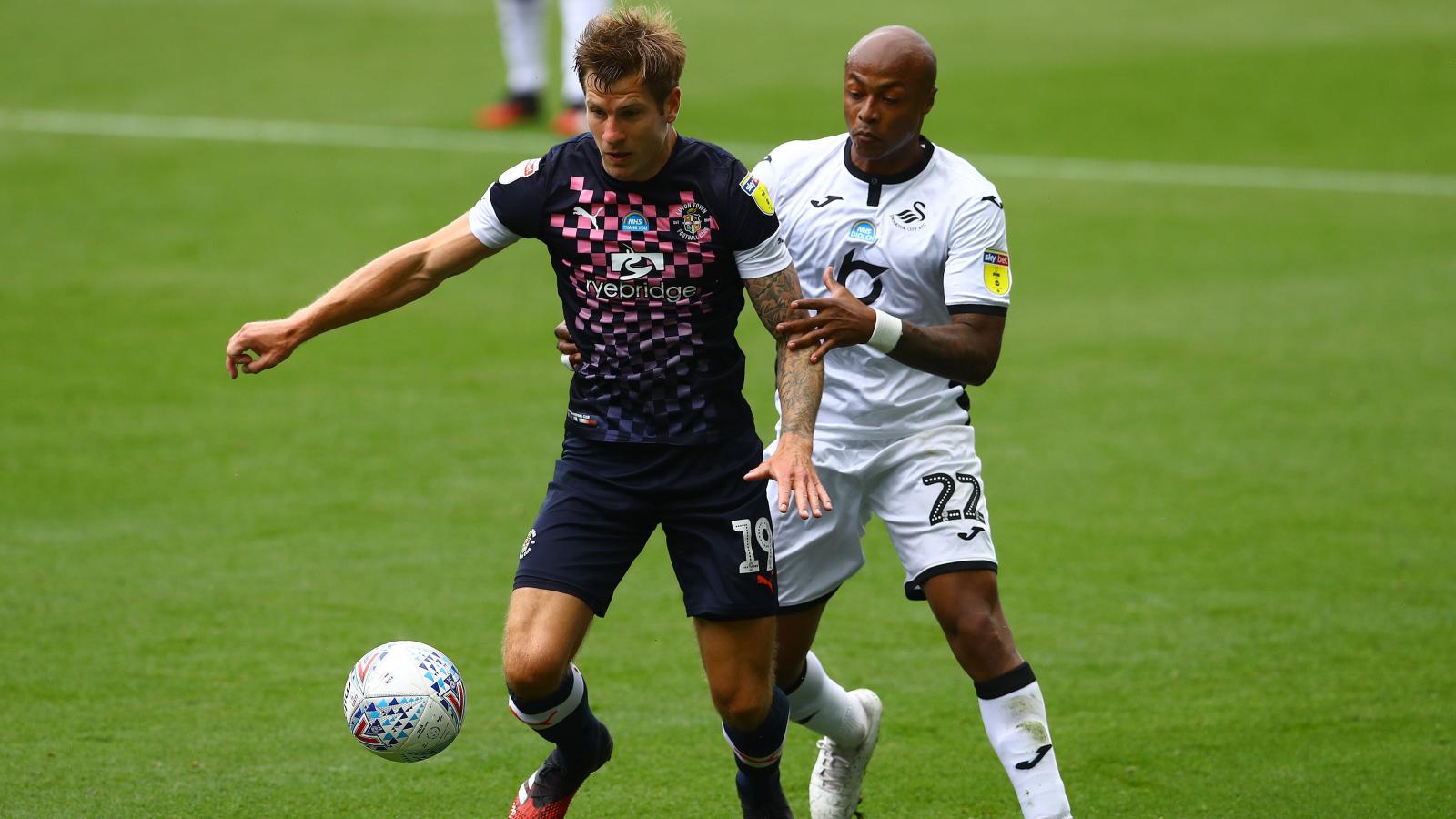 Ghana forward, Andre Dede Ayew played full throttle for Swansea City on Saturday afternoon when the side lost by a goal to nil to Luton Town at the Liberty Stadium.

In what was a Matchday 39 fixture of the 2019/2020 Sky Bet Championship season, the Black Stars captain was handed a starting role by manager Steve Cooper to help the team fight for a win.

Despite a good performance in the first half, Swansea City failed to hit the back of the net, allowing Luton Town to gradually build momentum into the second half.

After 72 minutes of play, the away team had a breakthrough as they surprisingly took the lead courtesy a strike from James Collins after he was assisted by Isaiah Brown.

Luton Town held on and managed to win 1-0 with Swansea City being forced to play with 10 men in the last 7 minutes when Jordan Garrick was red-carded.

Ghana's Andre Ayew lasted the entire 90 minutes of the game and has now made a total of 37 appearances this season. He remains a key asset for the Swans after scoring 13 times and providing 6 assists.