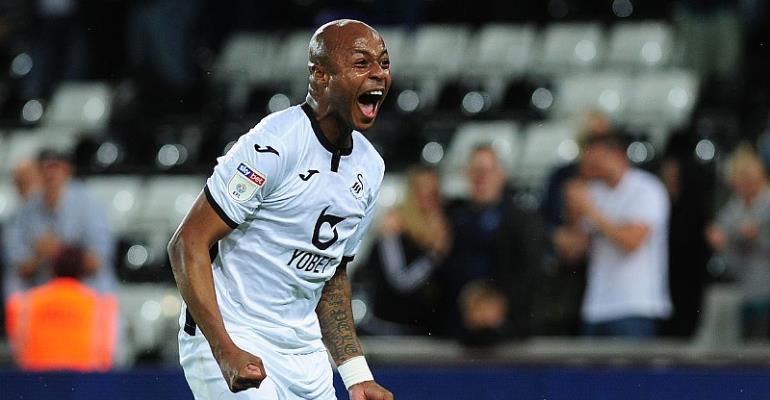 Andre Ayew has heaped praises on Swansea City supporters after helping his side to beat Northampton Town in Carabao Cup.

The Swans were trailing 1-0 to the League Two outfit until Ayew came off the bench for what was his first appearance for the club since their final Premier League game against Stoke City in May 2018 to score twice, with George Byers also netting.

And the Ghana skipper has thanked the Jack Army for the reception they gave him in the win over Northampton, adding that he will continue to give his all for the cause while he remains at the club.

“The fans gave me an unbelievable welcome. I’m so happy and touched and that sort of thing makes you want to work hard,” he told the official club website.

“They have always been great with me and supporting me. That’s why, so long as I’m in a Swansea shirt, I try to give everything I have for the club. I just want to do my best on the field for everyone,” he added.

Ayew's brace was his first goals for the Swans in 1,185 days