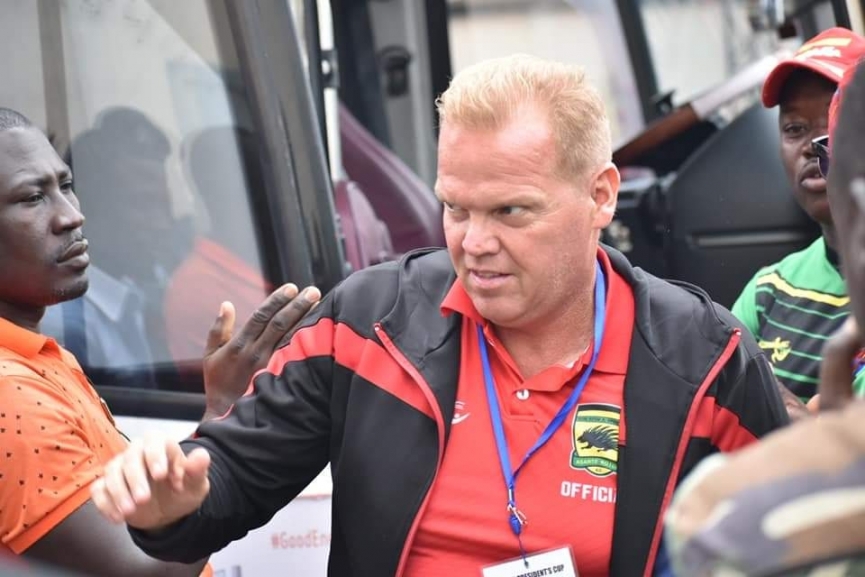 Asante Kotoko are set to part ways with coach Kjetil Zachariassen after crashing out of the 2019/20 CAF Champions League, Footballghana understands.

According to reports from Kumasi-based Oyerepa FM, the former AshantiGold gaffer will reportedly be sacked after failing to reach the group stages of the competition, suffering a humiliating 3-0  away defeat in Monastir – Tunisia against Etoile Du Sahel.

He was tasked to lead the two-time CAF Champions League winners to the group stage of the competition in his debut season.

Reports say the management of the Reds was not happy with his team selection for the crucial qualifier and the reasons backing the absence of some notable faces.

The Norwegian watched his side lose 3-0 against Etoile du Sahel on Sunday in Monastir.

A final decision about the future of the coach will be taken when the team arrives in Ghana.

The club is likely to appoint an unnamed German coach to take over from Zachariassen.