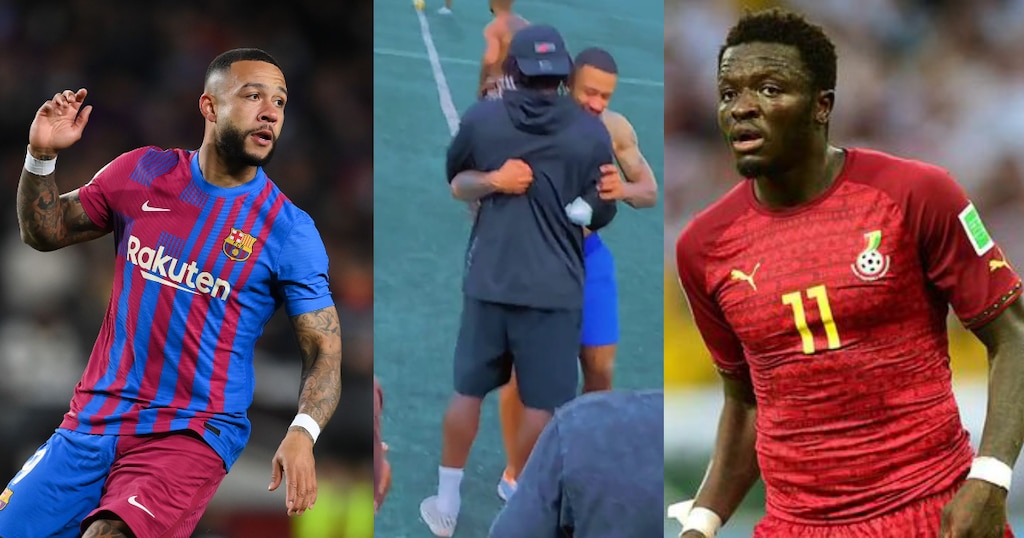 Netherlands and Barcelona forward Memphis Depay met Hearts of Oak midfielder Sulley Muntari during his visit to Ghana as the pair played together on a pitch in Accra.

Muntari joined Depay for a community game in Madina, a suburb of Ghana's capital.

In a video posted on social media, the former Manchester United ace was delighted to meet Muntari before the game.

Meanwhile, Sulley Muntari returned to his club Hearts of Oak for the final game of the season against Real Tamale United (RTU) which they lost 4-1 at the Accra Sports stadium on Sunday.

Depay arrived in the West African country last Wednesday, having featured for Netherlands in the UEFA Nations League where he scored three goals in four games.

The 28-year-old regularly visits the country of his origins despite denying the chance to play for the Black Stars.

He paid a courtesy call on the Life Patron of Kumasi Asante Kotoko, Otumfuo Osei Tutu II as well as the President of Ghana, Nana Akufo-Addo and presented a signed Barcelona jersey to both.

Earlier on Saturday, Depay paid a surprise visit to the Asante Kotoko's camp.