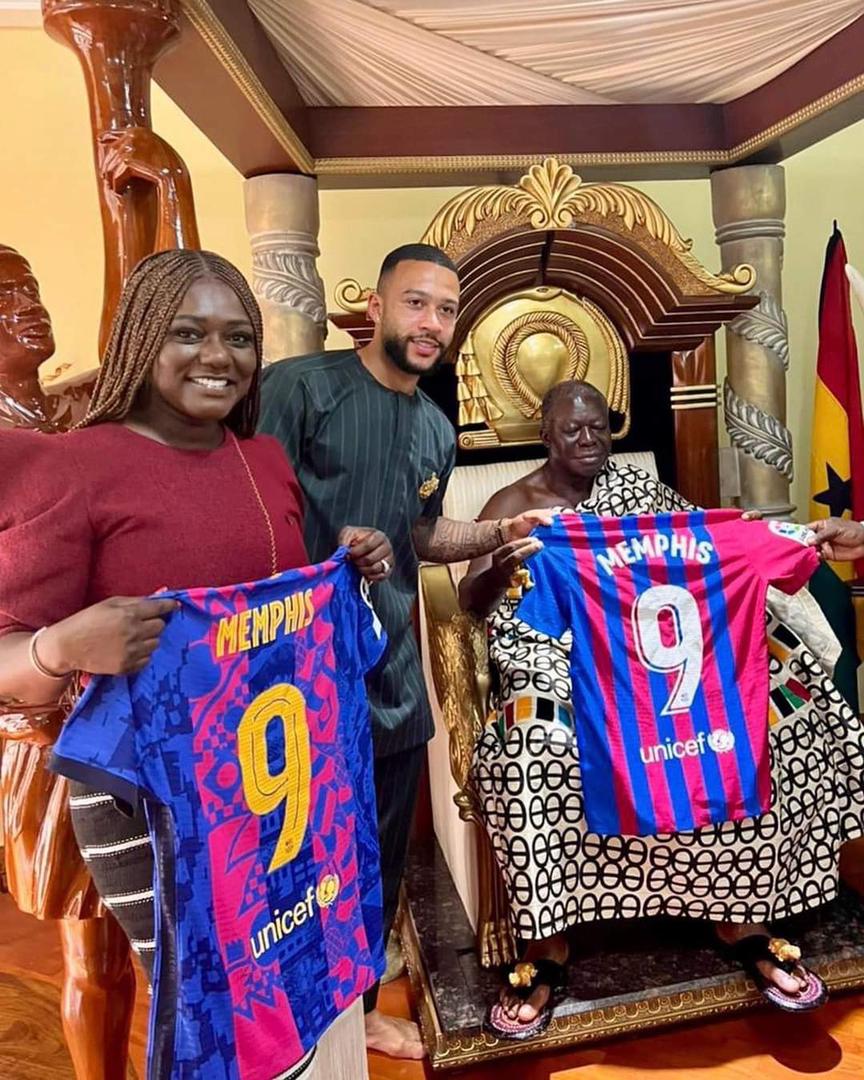 He presented a signed Barcelona jersey to Otumfuo Osei Tutu II at the Manhyia Palace.

Earlier on Saturday, Depay paid a surprise visit to the Asante Kotoko's camp on Saturday evening.

Coach Prosper Narteh Ogum's side finished the season with a 1-1 draw against Accra Lions at the Accra Sports stadium on Saturday.

By virtue of winning the league, Asante Kotoko will play in the 2022/23 TotalEnergies CAF Champions League as Ghana’s sole representative in Africa’s flagship club competition.

Depay is in Ghana for holidays and paid a courtesy call on Ghana President Nana Akufo-Addo at the Jubilee House on Thursday.

He presented a signed Barcelona jersey to the President.

The 28-year-old arrived in the West African country on Wednesday evening, having featured for Netherlands in the UEFA Nations League where he scored three goals in four games.

He is now the second top scorer of the Dutch national team with 42 goals and is eight goals shy of Robin Van Persie’s record.

Depay regularly visits the country of his origins despite denying the chance to play for the Black Stars.