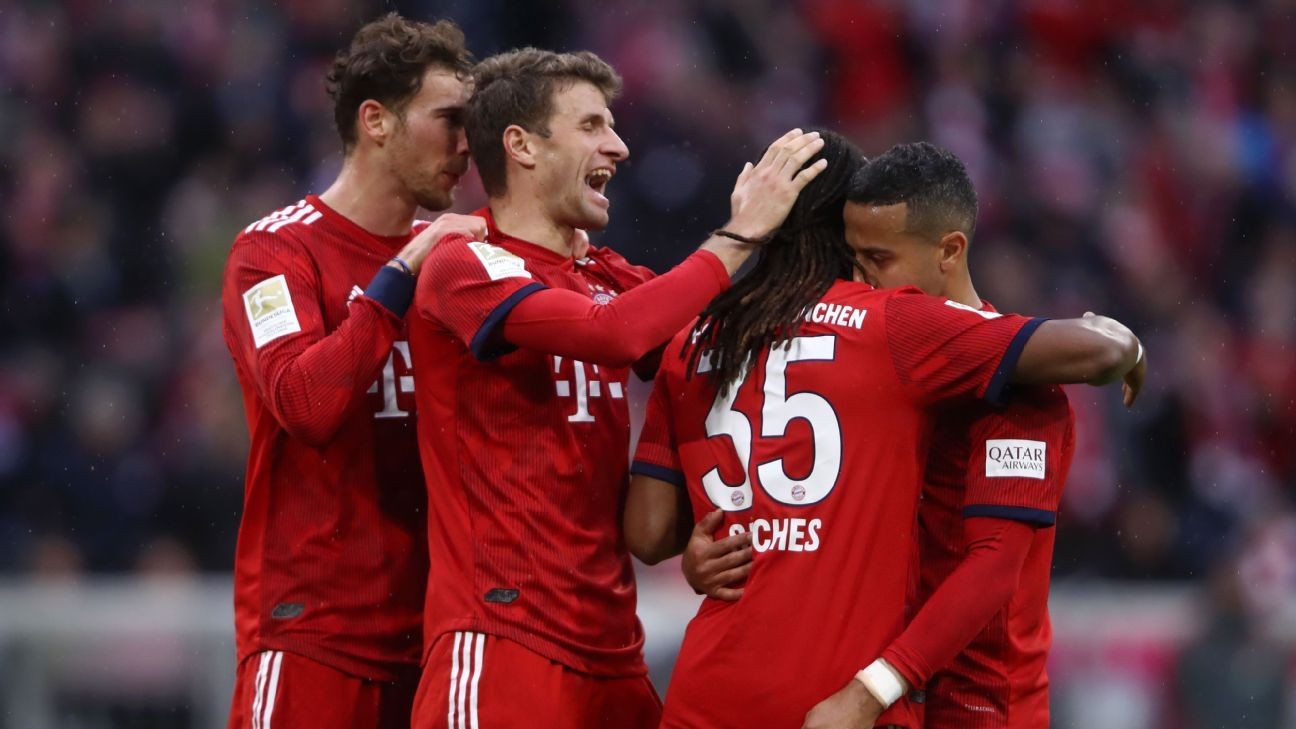 Bayern Munich have returned to the top of the table with this victory over Wolfsburg. Alex Grimm/Bongarts/Getty Images

Champions Bayern Munich crushed VfL Wolfsburg 6-0 on Saturday with two goals from top scorer Robert Lewandowski, to move ahead of Borussia Dortmund and lead the Bundesliga on goal difference.

Four days before they host Liverpool in their Champions League last 16 second leg, the Bavarians were brutally efficient, scoring twice in three minutes through Serge Gnabry and Lewandowski late in the first half to take control.

James Rodriguez fired in their third in the 52nd and Thomas Mueller, dropped along with Mats Hummels and Jerome Boateng from the national team this week, added their fourth. Goals from Joshua Kimmich and Lewandowski completed their rout.

Bayern, who have now won 12 of their last 13 league matches, are on 57 points, ahead on goal difference from Dortmund, who won 3-1 against strugglers VfB Stuttgart. Earlier in the season Dortmund had a nine-point lead over Bayern.

It was also the 12th consecutive defeat for Wolfsburg coach Bruno Labbadia against Bayern, more than any other coach against a single opponent. Wolfsburg are now without a win in Munich after 26 matches.

"I am very satisfied and I liked the way we played," said Bayern coach Niko Kovac. "We could have scored even more goals. We also want to win the game on Wednesday and see what the future brings."

Lewandowski's double meant that he has now got 197 goals in the Bundesliga and takes over as all-time foreign scorer from Werder Bremen's Claudio Pizarro, on 195.

The Poland forward also took his tally against Wolfsburg to 20 goals in 17 matches.

"I really don't know why it happens against Wolfsburg. But we played a very good game and it was good preparation for the Champions League," Lewandowski said.