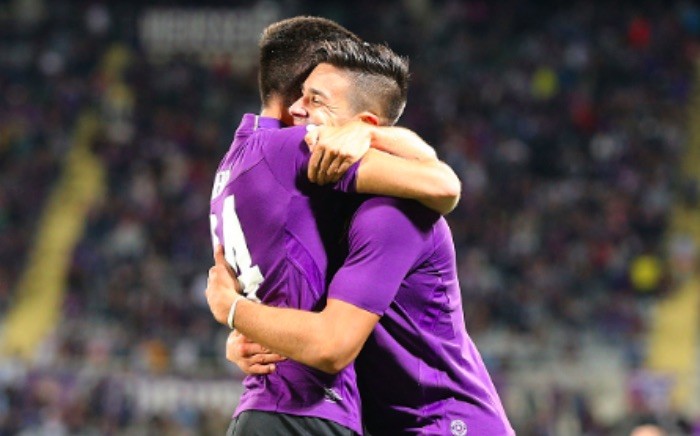 In recent meetings, goals have flowed freely between these two sides, though admittedly most of those have come for Fiorentina but chances were few and far between during the first half on Sunday.

For what felt like a more dominant showing, La Viola only marginally bossed possession at the break and both had only managed one attempt on target each.

Fiorentina came closest through a Valentin Eysseric free-kick, but his effort dipped and curled just wide of Simone Scuffet’s right-hand post. Biraghi should have given Stefano Pioli’s side a lead when a cross from the right into Giovanni Simeone couldn’t quite be controlled by Cholito, allowing the ball to fall to the left of the box. Biraghi was waiting and when he looked certain to find the net, he sent his shot over Scuffet’s crossbar.

Federico Chiesa’s patience ran thin by the end of the opening 45 and he attempted an unlikely driven shot from close to the byline out to the right, which Scuffet expectedly parried to safety. Gerson also tried his luck from range in the final minute of the half, but his shot dragged wide.

Gerson came close again at the start of the second. An inswinging corner from the right found him free but just on the wrong side of the near post and his glanced header landed on the roof of the net. Corners were proving problematic for Udinese and Fiorentina came close from another, this time from the left. The routine was the same: drop it to the near post for a flick-on but this time the header flew across goal and just out of reach of three oncoming Viola players.

After the hour mark, Pioli’s men upped the tempo. Marco Benassi should have done better with a tame effort inside the box and Nikola Milenkovic drove a long-range effort wide.

Benassi did get his goal before long. A quick counterattack seemed to stall as Chiesa, who drove forward from his own box at pace, slowed play down midway into the Zebrette half. The Franchi faithful urged him to hurry but he waited, and waited, and played a delightfully dinked pass over the Udinese defence into Benassi’s path who then dispatched an excellent volley into the roof of the net. What turned out to be a close-fought contest was won by a clinical counterattack for which most of the credit will go to Marco Benassi for his admittedly excellent finish. It cannot be understated though how impressive a role Federico Chiesa played in its creation.

An Udinese corner had the stadium of their seats and Chiesa brought them to their feet as he charged forward from his own box. As he entered the opposing half, he slowed.

Everybody tried to rush him, screaming for him to play a pass, but he waited. Just as it seemed like the chance was gone he clipped an elegant ball to Benassi who took care of it from there.

La Viola looked blunt for the majority and his sprinkle of creative brilliance was exactly what they needed, and what looked for so long as though they didn’t have.

The three points will mask it, but Fiorentina did not create as much as they would have liked.

Giovanni Simeone looked lost and frustrated on several occasions throughout and even found himself coming deep in an attempt to drive the team forward himself.

It won’t really matter as they managed to find a way to win, but Simeone’s frustration was clear but thankfully for Pioli he channelled it into a positive performance for his side.