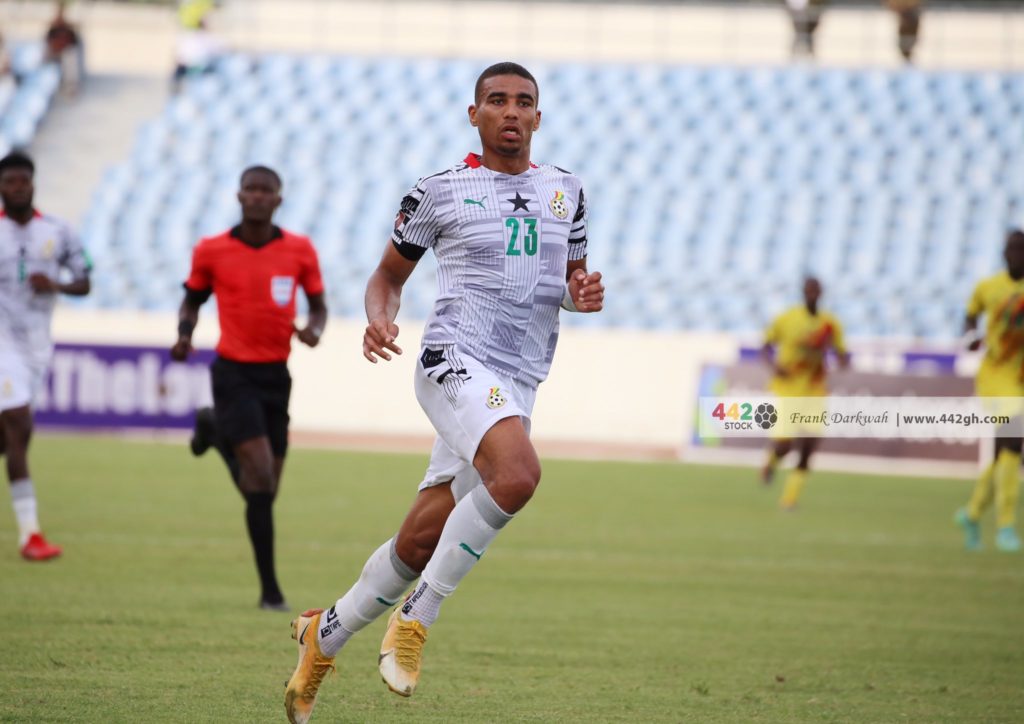 Ghana defender, Alexander Djiku is proud of his Black Stars teammates after recording a vital 1-0 win against Zimbabwe at their backyard in the 2022 FIFA World Cup qualifiers.

Arsenal star, Thomas Partey strike in the first half settled the encounter as Ghana keep the hope of qualifying to the biggest soccer mundial next year.

Djiku played in both legs as the Black Stars secured maximum points in the Group G encounters with the Warriors.

Reacting to the victory at Zimbabwe, the Strasbourg defender expressed delight about his teammates and thanked the fans for their support in the double header win.

In a post sighted by Mybrytfmonline.com, he said, "Ghana is the reason to be happy. Proud of the team and thank you to our fans for the strength”

The Black Stars sit second in Group G, just a point behind leaders South Africa ahead of next month's games.

Ghana will travel to Addis Ababa to play Ethiopia before a home fixture against the Bafana Bafana to decide which team makes it out of the group.

The Black Stars missed the 2018 World Cup in Russia and are hoping to make a return to the global stage.