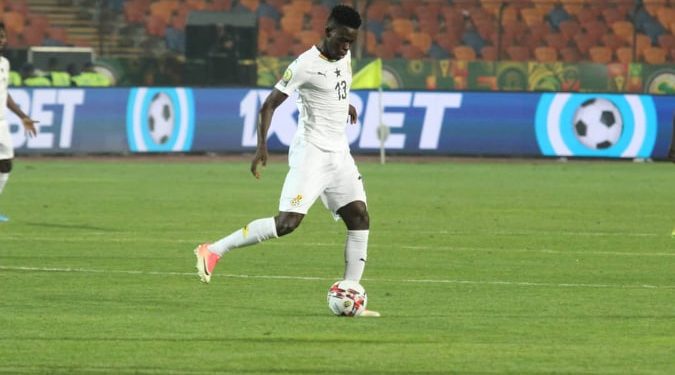 Black Meteors midfielder Michael Agbekpornu says he believes he has had a good tournament at the CAF U-23 Africa Cup of Nations (AFCON) tournament even though Ghana could not progress to the finals.

The Dreams FC defensive midfielder has been an integral part of the West African side at the ongoing tournament in Egypt and has featured in all their matches.

Assessing his overall performance in an interview after Ghana’s defeat to Cote d’Ivoire on penalties in the semi-finals on Tuesday afternoon, Agbekpornu says he has done himself proud.

“The tournament has been good, I always put up my best whenever I get the chance to feature”, the midfielder told Ghanacrusader.com

He added, “It has been a great experience for me personally, we will continue to soldier on to achieve our dreams.”

Ghana after missing out on automatic qualification to the Tokyo 2020 Olympic Games has one last chance of keeping that dream alive when they face South Africa in a third-place match at the U-23 AFCON on Friday.

The Black Meteors need to win to have any chance of grabbing one of the tickets to the next Olympic Games.