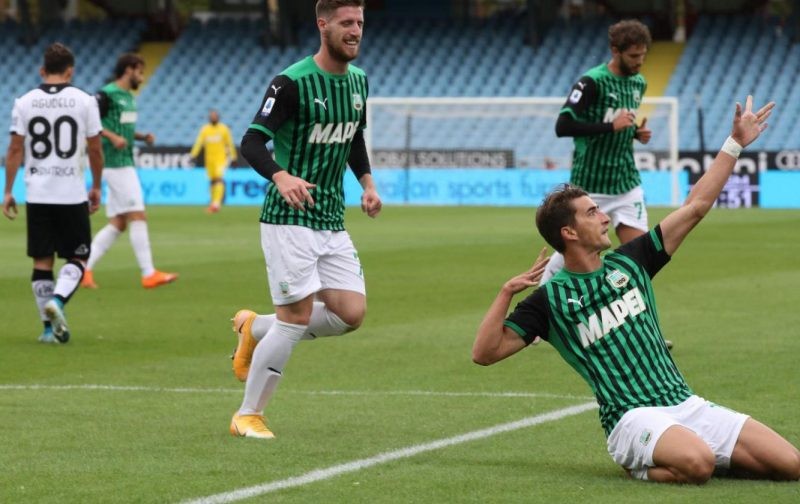 Sassuolo’s Filip Djuricic has said that the Neroverdi are very similar to Manchester City in their style of play and he lavished praise on his club coach Roberto De Zerbi.

The Serbian international first played under the Sasol coach when they were at Benevento during the 2017/18 Serie A campaign and he sees similarities between the philosophy of the Emilia-Romagna club and that of the Citizens under Pep Guardiola.

“I don’t know what would have happened to my career if I hadn’t met De Zerbi,” Djuricic told La Gazzetta dello Sport.

“De Zerbi is the best coach I have ever had, he sees things differently to the others.

“The peace at Sassuolo helps me a lot. They are a serious and organised club.

“Then for the style of play, I watch Manchester City and I see a lot of things that we also do.”

Djurcic has scored eight goals and provided seven assists in 58 competitive matches with Sassuolo since he arrived in the summer of 2018.