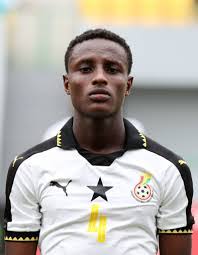 The defender has been in negotiations with the club in the last couple of weeks has now made progress.

The former U-17 star is now expected to arrive in Finland next week where he will sign the necessary documents to make the move legit when he passes his mandatory medical examination.

The left-back who has previously played for Ghana Premier League side Wa All Stars is seen by FC Honka as an investment for the future whose quality will go a long way to help the club in the ongoing season.

Edmund Arko-Mensah has had stints with Turkish giants Galatasaray in the past and has also played for Berekum Chelsea before.

He will be hoping to continue his development at FC Honka and help in any way possible as they seek to challenge for the Finland Veikkausliiga this season.