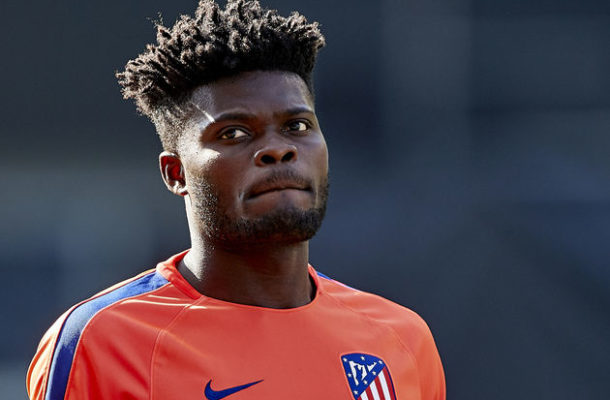 Thomas Partey plans to sit down with the management of Atlético Madrid to discuss his future after the international break, Ghanaguardian.com can exclusively report.

The midfield dynamo has been the subject of a transfer to the English Premier League following his superb display for the Rojiblanco.

The Ghanaian international has attracted the attention of Manchester City after another fantastic start to the season in Spanish La Liga, registering 3 assists and scoring 2 goals in 24 league games for Diego Simeone’s side.

Serie A giants Inter Milan are also reportedly weighing up a move for the 26-year-old in the summer.

Partey has complained about a lack of regular action under coach Diego Simeone, though has insisted he is committed to Atleti.

He is contracted to Atletico Madrid through to 2023.

However, he has 50 million euros release clause, a figure that will make him very attractive option as soon as the transfer market opens.

Meanwhile, the energetic enforcer is with the Ghana Black Stars preparing to engage the Harambee Stars of Kenya in the final game of the 2019 Africa Cup of Nations in Accra.