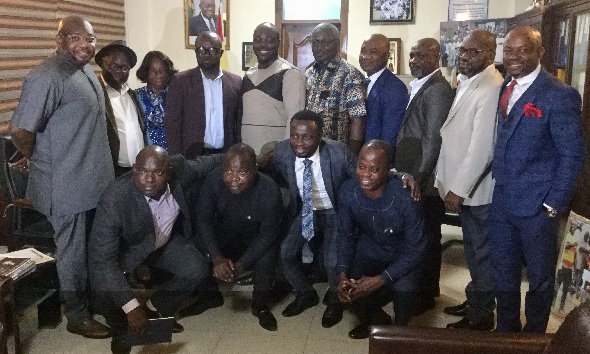 Suddenly, the Ghana Football Association (GFA) has become a ghost town, with some known strong men suddenly losing their voices all in reaction to the landmark ruling by the Court of Arbitration for Sport (CAS).

The global appellate sport body, quite characteristically, delayed its verdict for three more weeks for reasons best known to them. But information reaching us indicate that CAS has since communicated its ruling to FIFA and the Confederation of African Football (CAF), setting the stage for the much-anticipated pronouncement on the Wilfred Kwaku Osei Palmer versus GFA case tomorrow.

For 10 months running, both camps have been sitting on tenterhooks, with no slightest hint of where the pendulum would swing. Albeit, in the midst of the anxiety, it can be deduced that one side seems more comfortable than the other, at least based on the weight of evidence put before the faceless arbitrators.

Another reason that confirms our suspicion is the manner in which some top FA chiefs, known to be very vocal on football matters, have decided to go mute on us for obvious reasons. The situation is too serious for comfort , especially being the first time the GFA is going through a trial of such magnitude.

Interestingly, bad sadly, almost every GFA Executive Committee member whom we tried to interview on the subject this time around declined to comment. In fact, one of them suddenly feigned sickness, for which reason he could not comment on the issue. Mixed feelings indeed!

A few other football administrators bluntly confessed that they could not speak to the issue because they did not want to offend either party or that they wanted to avoid being branded for taking a stand. For us, we deem this attitude to be as disturbing as it is disappointing. We promise to address this hypocritical behaviour that has been a canker at the FA at the appropriate time.

We wish to commend the CEO of Accra Great Olympics, Mr. Oloboi Commodore, for being man enough to share his candid opinion on the case when contacted.

Come tomorrow, all things being equal, CAS will finally rule on the matter! Whether the GFA will be ordered to conduct a fresh presidential poll with the inclusion of Palmer or not will be known in the next 24 hours.

Whatever it is, we only pray that justice will be served for peace to prevail in the supreme interest of Ghana football.