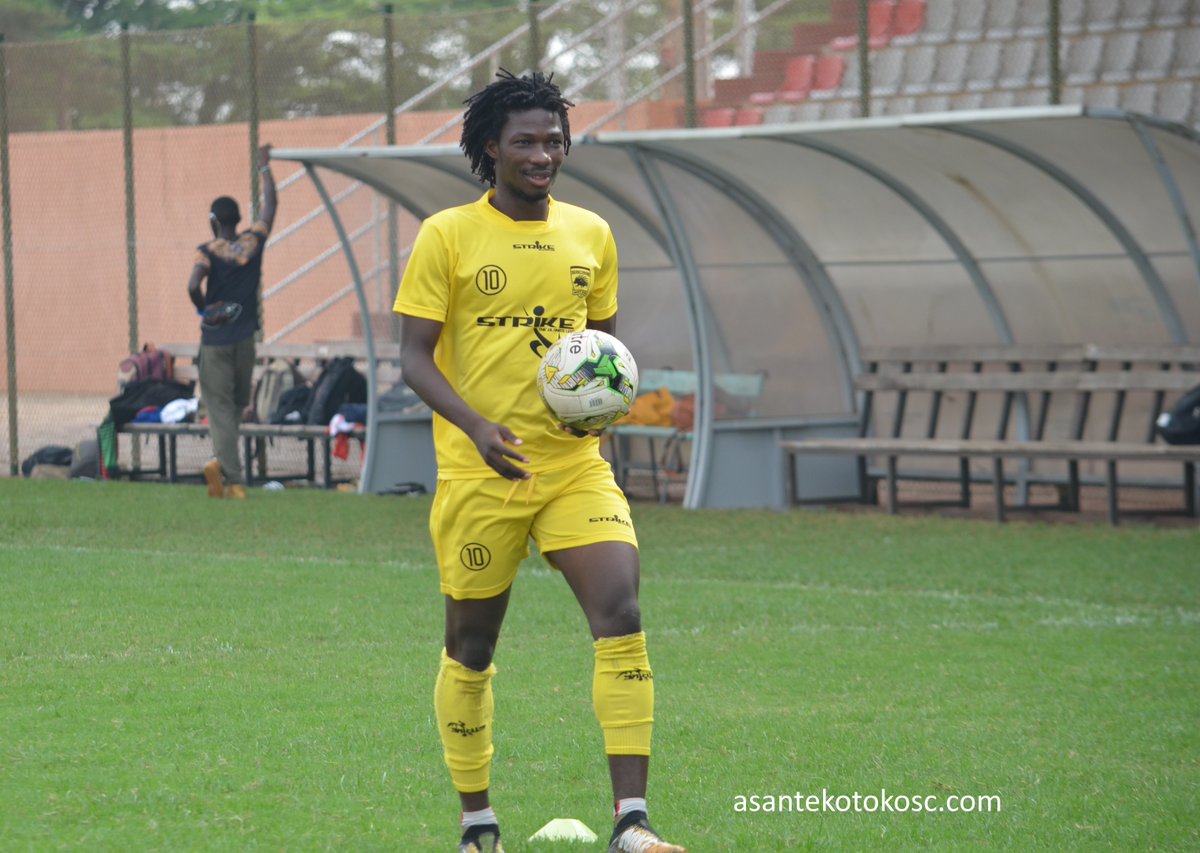 After winning the heart of Asante Kotoko supporters with his impressive performances over the years, striker Songne Yacouba has in recent times had difficult moments with officials of the club.

Some of these difficult moments bother on his welfare, injuries and contractual issues.

His recent omission from Coach Kjetil Zachariasen's 18-man squad to face Etoile du Sahel on Sunday in a crucial encounter has sent the player back to public querying the decision.

Yacouba's exclusion from the squad has raised a lot of eyebrows among the Kotoko faithful as well as the Ghanaian football loving fans as the player claims to be.

Yacouba is fit and prepared for the crucial encounter, but was snubbed by the coach.

He said in an interview, "I am fully fit and I don't know why I was dropped from the squad to Tunisia. The coach named his squad and I wasn’t part of it.

“The coach did not give any reason for axing me from the squad. You cannot assess me with just 10 minutes of play against Etoile'', Yacouba told the media after his exclusion.

The Burkinabe international has been the main man for the Porcupine Warriors since he made his debut for the club in 2017 with his formidable partnership up front with former teammate, Abdul Fatawu Shafiu.

He helped the team to reach the group stage in the CAF Confederation Cup competition last year after a decade of absence under the guidance of Coach Charles K. Akunnor.

Unfortunately for the striker, he is yet to establish himself as a regular starter under the era of new Coach Zachariasen's setup as he has made only 10 minutes of football action after returning from injury.

From all indications, he is gradually falling out of the pecking order of the coach Zachariasen. Nabby Keita, Richard Arthur, and George Abege were all selected ahead of Yacouba but surprisingly, the three strikers have scored only one goal in three games of this year's Champions League campaign.

Earlier, Kotoko had some disagreements with the player and he expressed his desire to quit but this was later resolved.

His recent outburst on radio on over his exclusion from the team seems to have sent a bad signal out there especially when he had just a year to complete his contract.

It is obvious the player is not happy and the latest development could be a compelling reason why Yacouba could be giving the final goodbye to the club when his contract expires.

On the other hand, Yacouba would have to work harder if he is to break into the team since the club has recruited other strikers which makes competition for a starting role quiet competitive.